Charmaine Sheh Has No Urge To Have Children 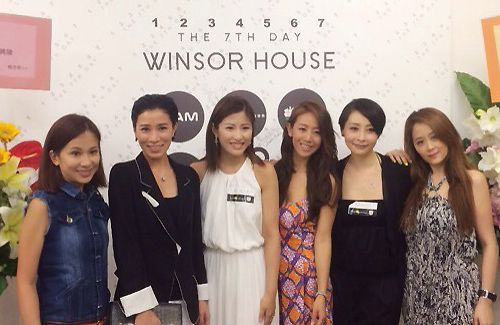 Although she will turn forty next year, Charmaine Sheh (佘詩曼) still has no plans to have children and does not seem too concerned about her ticking biological clock.

Upon her arrival, Charmaine immediately went to TJ and gave him hugs and kisses. Despite being at ease with toddlers, Charmaine feels that she may not be able to handle all the stresses of motherhood. When asked if she has the urge to have children, Charmaine said that she had once experienced that feeling though the moment has passed. “When I first saw their cute kids I thought it would be nice to have one of my own. However, later on I saw that they had to feed the kids and could not sleep…. I thikn I prefer my current lifestyle.”

Even though parenthood seems daunting to Charmaine, she is not completely scared off and would be willing to consider becoming a mother. For now, she is perfectly content with her child-free life and can easily satisfy her maternal urges with occasional playtime with her friends’ children.

32 comments to Charmaine Sheh Has No Urge To Have Children