Married since 2001, Chilam Cheung (張智霖) and Anita Yuen (袁詠儀) are a popular celebrity couple in China after making appearances in reality shows With You All the Way <一路上有你> and Viva La Romance 2 <妻子的浪漫旅行 2>. Aside from being in high demand in variety shows, the couple is well liked by advertisers and made a joint appearance at Tmall’s global shopping festival yesterday.

Hosted by Everyday Brothers (天天兄弟) with Li Yuchun (李宇春) delivering the finale performance of the star-studded evening, the highlight of the show was a duet segment by three celebrity couples, including Chilam and Anita, Jiang Du (杜江) and Huo Siyan (霍思燕) as well as Mario Ho (何猷君) and Ming Xi (奚夢瑤).

Mario and Ming Xi danced to their song performance, while Chilam and Anita dazzled the audience by holding hands sweetly throughout the duet “I Want to Sing ‘I’ to You” <想把我唱給你聽>. Dressed in a belted Victorian-style dress, Anita looked youthful and gazed sweetly at Chilam as they delivered the ballad. 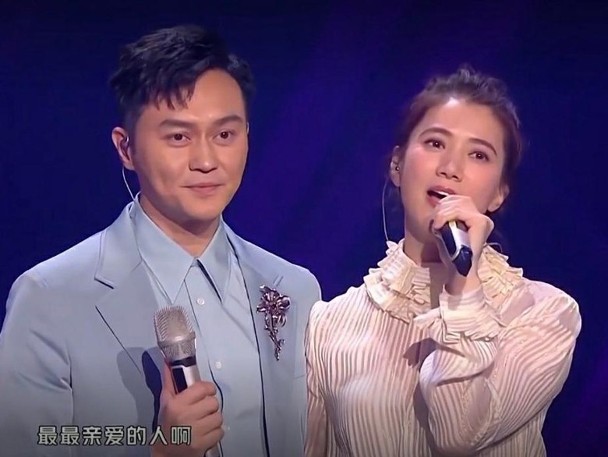