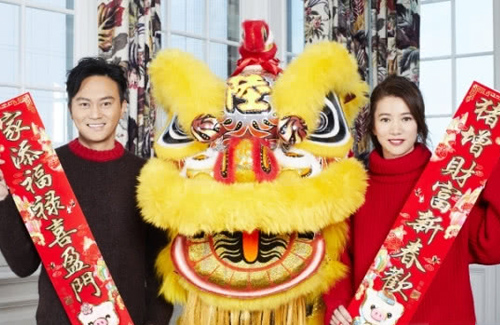 One of the most adored celebrity couples, Chilam Cheung (張智霖) and Anita Yuen (袁詠儀), are spending their Lunar New Year holiday in Japan. Their 11-year-old son Morton had wanted to ski in Japan for a long time.

Every year, the couple would normally spend the New Year in Hong Kong by visiting the flower markets. Chilam said that there was a year when his leg was injured, and he still went to the markets, unafraid of the crowd. But last year was particularly busy and it had gotten so crowded that he felt scared because he couldn’t move at all. Stuck in a sea of people, he described it was claustrophobic.

They would also eat vegetarian food on New Year’s Day, though not the whole day. They only need to eat it as their first meal. Chilam said he would do all the traditional cultural practices during the season, such as buying New Year flowers, making fried turnip cake for the family, and decorate the house with red banners of auspicious couplets.

However, this year will be different, as Chilam and Anita will spend the holidays in Japan with their son, family and friends for a week. Although Morton had mentioned he wanted to go see the snow in Japan a few years ago, they didn’t go because he was still young. Now that he is older, the couple are willing to take him. Though they can’t ski, they would learn it together.

Anita teased Chilam that he didn’t work hard enough last year, but he said he was already very busy. As for his work goals this year, Chilam would like to write a film script. Both said they missed the festive holiday atmosphere from the past. Anita said she missed those times when she lived in the police quarters and went around asking for red packets. Chilam felt that technology is so advanced now, that sending a new year sticker on social media is treated as a blessing given. 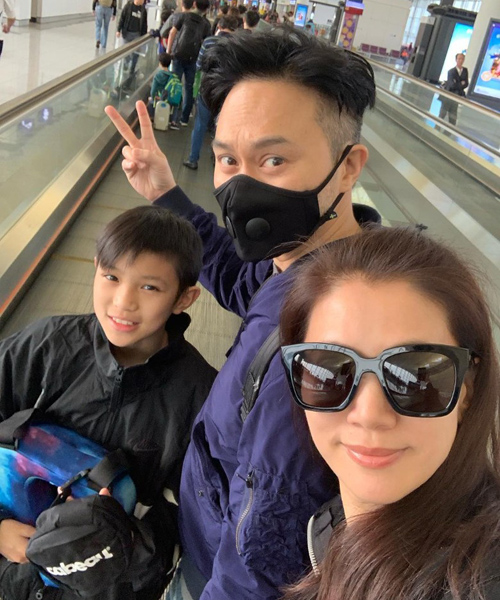