Christine Kuo Still a Virgin at 29? 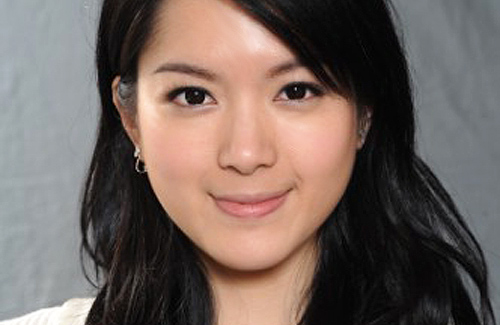 It was recently revealed that 2009 Miss Chinese International winner, Christine Kuo (苟芸慧), is reportedly still a virgin at 29-years-old.

It took a little less than two years for Christine Kuo to earn the title as “goddess” and receive special promotional treatment at TVB. A rising star, Christine has starred in many of TVB’s popular television dramas and films in the last two years. She won a spot to appear in TVB’s forthcoming epic drama, Beauty at War <金枝慾孽 (貳)>, and is a major supporting character in the upcoming A Great Way to Care 2 <仁心解碼II> as well.

Since debut, Christine has only acknowledged one relationship, and that was with the Come Home Love <愛·回家> star, Joey Law (羅天宇), which ended earlier this year. Various media reports indicated that it was TVB who pressured Christine to end her relationship with Joey, as he would most likely impede Christine’s career.

Christine was frequently caught spending time at a restaurant owned by Joey’s mother in Sai Kung. Since Christine and Joey’s parents have been long-time friends, Joey’s mother is also Christine’s godmother.

Recent tabloids, however, revealed that Christine and Joey are actually still together. Some tabloids also claimed that Christine is now living in with Joey, as she was caught going in and out of Joey’s apartment in Tseung Kwan O in the last few weeks.

On Sunday, while attending a public function, Christine was asked if she had an active sex life. Christine turned red and stuttered, “Don’t ask such questions. I feel embarrassed; Joey is also a Christian!”

On Monday, Joey admitted to the press that he and Christine had lived in together. He said, “Did we have sex? It’s a very private question. I will not answer it. Both Christine and I are Christians. We are pretty well-behaved. The things we did together were usually just shopping, eating, and watching movies!”

58 comments to Christine Kuo Still a Virgin at 29?