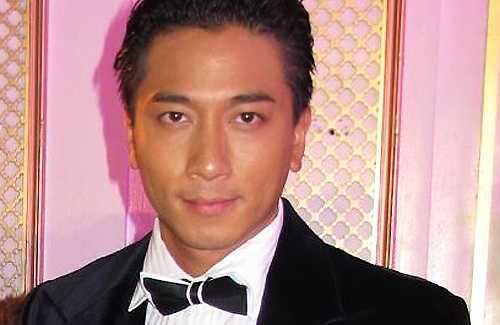 Revenge and envy has always been one of the most popular themes to be explored in Hong Kong television dramas, and these are also the fundamental themes found in the storyline of Silver Spoon, Sterling Shackles. As the husband of four wives, Arthur is the center of attention and desire. However, one of the most intense scenarios to look forward to in Silver Spoon, Sterling Shackles is not the imminent argument scenes that are bound to happen between Arthur’s four wives, but the sex scenes.

Damian Lau (劉松仁) portrays Arthur, and as previously reported, he will be the center of the numerous intimate scenes of Silver Spoon, Sterling Shackles. In episode 3, Elena Kong (江美儀), who portrays the third wife Yvonne, seduces Arthur while performing a sensual lap dance. In episode 9, Arthur and his fourth wife Hong Tze Kwan, portrayed by Tavia Yeung (楊怡), will have an intense kissing scene.

Elena Kong was well prepared to perform the sensual dance for Damian Lau. She revealed that she hired a professional dancer to teach her the moves. However, Elena expressed that her most intense scene in the drama was actually with Ron Ng (吳卓羲).

She said, “Ron and I made out for over a minute. We were all very professional, and filming went very smoothly.”

Elena explained that towards the latter half of the story, she loses favor in the family, and to satisfy her suppressed sexual desires, she starts an affair with Ron’s character, Kam Muk Shui. Elena also revealed that her character masturbates in the drama!

Aside from sharing a sex scene with Elena Kong, Ron Ng will also be intimately involved with Rebecca Zhu (朱晨麗), who portrays Kwai Siu Yau. Muk Shui and Siu Yau are childhood friends and lovers. However, when Siu Yau mistakes Muk Shui to have died, she marries Arthur’s eldest son Charles, portrayed by Kenneth Ma (馬國明). Although Siu Yau does eventually fall in love with Charles, she later discovers that Arthur was involved with her father’s death. It is then when Muk Shui successfully seduces Siu Yau into bed.

How did Ron feel about his sex scenes with Elena and Rebecca? Ron said, “Elena took the initiative and I just followed her lead! As for Rebecca, she is still a rookie. We only did one take. There wasn’t much feel there.”