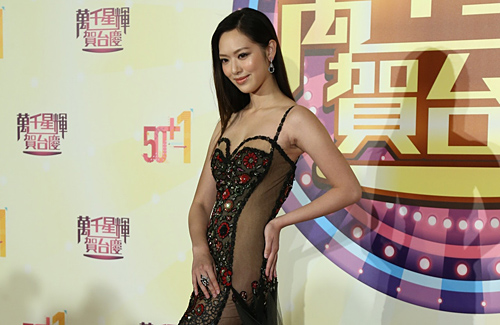 Period talk should not be taboo, said the actress.

Going on the Carol Cheng‘s (鄭裕玲) radio program When I Was Young I Listen to the Radio <口水多過浪花>, actress Crystal Fung (馮盈盈), who is known for her straightforward personality and bold speech, discussed the see-through evening gown she wore to 2018’s TVB Anniversary Awards. That night, she unfortunately had her period and had to wear a tampon due to her revealing dress. 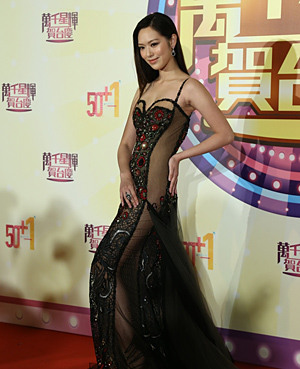 The dress from Israeli brand Gahlia Lahav which Crystal wore to the occasion – reportedly worth $200,000 HKD – revealed her cleavage and was transparent at the sides. According to the actress, she had not known the sides of the dress were transparent until she received it. Appearing uneasy while wearing the dress, it turned out that Crystal happened to be having her menstrual cycle that day. As she could not wear undergarments beneath due to the dress’s bold design, she made the decision to try using a tampon.

After the interview was aired, it roused many discussions from netizens, some of whom felt that Crystal’s revelations were too over-the-top while still others thought that there was nothing wrong with what she shared.

Responding with a lengthy Instagram post, the 25-year-old actress said that she had not expected such a big reaction to her revelation. In defense, she wrote, “A healthy, normal girl who is not pregnant would experience her period once a month. This is precisely from which the word itself is derived, [periods] are a normal physiological sign and further denote a healthy body.”

She added that menstrual cycles are a big part of a woman’s life, and it is important to know how to choose feminine products. Yet, there are so few public discussions about it is because “traditionally period blood is regarded as unclean, dirty and even inauspicious, which is why people react with fear and negativity when periods are brought up.”

Crystal went on to say that while discussing her personal experience on the show, she had already considered the public’s level of acceptance and radio guidelines, and therefore used the euphemistic “those few inconvenient days of the month for ladies” to describe the menstrual cycle. She then apologized to listeners who felt that her choice of words were too direct and revealing as to cause discomfort.

However, Crystal also hopes everyone can understand that periods are a part of a female’s life. Women should better understand their own bodies in order to fight against social constraints.

4 comments to Crystal Fung Boldly Speaks Out About Menstrual Cycles