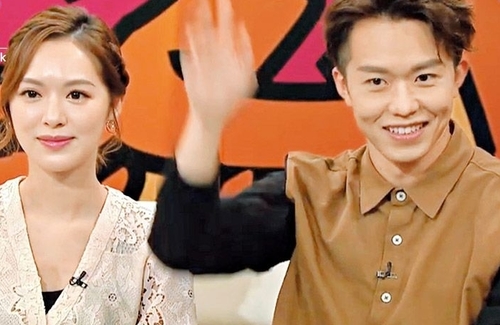 Crystal Fung (馮盈盈) was living the best of both worlds after winning Miss Hong Kong 2016 – she had her doctor boyfriend, Martin Chung (鍾文浩), by her side, and she also won Most Improved Female Artiste soon after her debut in 2018. However, things began to spiral downwards after she announced her breakup with Martin late last year. She became embroiled in a rivalry with Kaman Kong (江嘉敏), her acting skills deteriorated, and complicated dating rumors with Leonard Cheng (鄭衍峰) arose. To save her popularity, TVB reportedly warned her to curb the romance rumors. 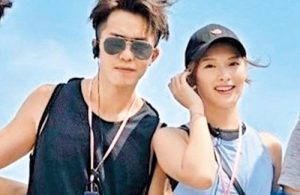 Crystal has been in the rumor mill with Leonard since April, shortly after breaking up with Martin. There were also allegations that Crystal cheated on Martin when she was in Canada, which led to their break up. However, Crystal is ignoring the negative press and continuing to flirt with Leonard in public and on their show Young and Restless <#後生仔傾吓偈>, causing her popularity to sink lower.

An inside source said, “Though Crystal frequently talked about Martin, the audience liked it because she was straightforward. However, her refusal to admit that she’s dating Leonard while flirting with him is different from her usual character. Leonard is dragging her down since his image wasn’t very good to begin with, and he isn’t very popular.” 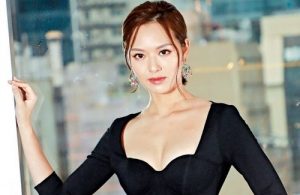 Aside from Crystal’s declining image, the audience also criticized her performance in Al Cappuccino <反黑路人甲>. However, she doesn’t seem to mind, given that she has a long contract with TVB. While filming for the upcoming AI Lover <智能愛（AI）人>, she is often caught playing on her phone, which is affecting her image to the point where TVB’s management needed to talk to her.

A source shared, “TVB worked really hard to promote Crystal, so they don’t want to see her fall. At the end of the day, they just want her to focus on her job, figure out her priorities, and have a fresh start!”