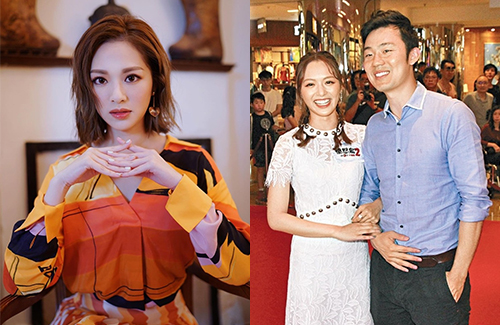 In December 2019, the TVB actress announced via Instagram that she has broken up with Martin, who works as a doctor. Their relationship was well-known by the public, as Crystal was already dating Martin when she was competing in the 2016 Miss Hong Kong Pageant.

It was an amicable split; Crystal and Martin are still friends.

Recently, paparazzi spotted Martin with an unknown, long-haired woman watching the sunset together near Pak Nai, confirming that he has already started a new chapter in his life. Crystal was asked if she was aware of Martin’s new relationship. She said, “I don’t know what’s going on in his relationship life. I don’t know the identity of his new love, but we’ve already broken up. It’s completely normal for him to meet other girls.”

Crystal added that, if Martin is happy, she will give the new couple her blessings. She then asked reporters to be kind to Martin and give him privacy. Because Martin is not part of the entertainment industry, he should not be followed.