Hong Kong actor-singer Deep Ng (吳浩康), 38, and model Margiela Kwok (郭思琳), 35, tied the knot in a small wedding ceremony on March 15.  The bride showed a slight baby bump, but the couple is keeping the gender of the baby a secret for now.

Spending multiple nights prepping for his wedding vow, Deep expressed, “It’s mainly me thanking her for everything – thanking her for marrying me, for willing to spend the rest of her life with me, and for willing to stick around through thick and thin. This was our mutual commitment to each other. I also want to thank everyone for all the wonderful wishes and blessings.” 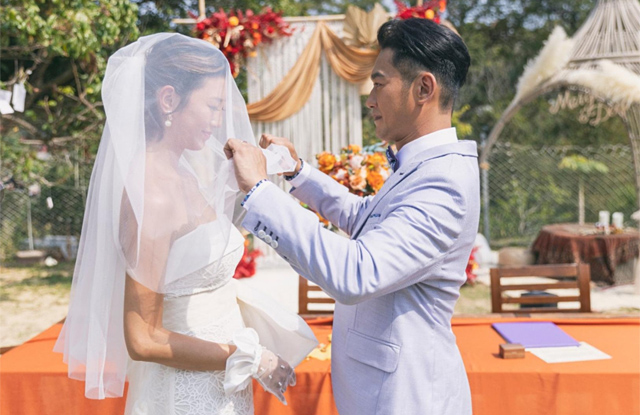 Aside from the pressure of having a wedding during the pandemic, Deep was under a lot of pressure and stress from the event itself. The groom burst into tears and could not stop crying when he saw his father at the ceremony.

Due to the pandemic, Deep and Margiela were unable to host a grand banquet and had to opt for a smaller ceremony with close friends and family only. Deep revealed, “We’ll definitely have [another] ceremony, but we really want to register first. I want to apologize to everyone–we weren’t able to invite a lot of friends and accommodate media contacts.”

In celebration, Deep’s boss and EEG Chairman, Albert Yeung (楊受成), gifted the newlyweds with a big red-packet for the baby. Grateful for the gift, Deep said Albert watched him grow up and has been mentoring him for two decades – receiving a blessing from him was already the best gift. 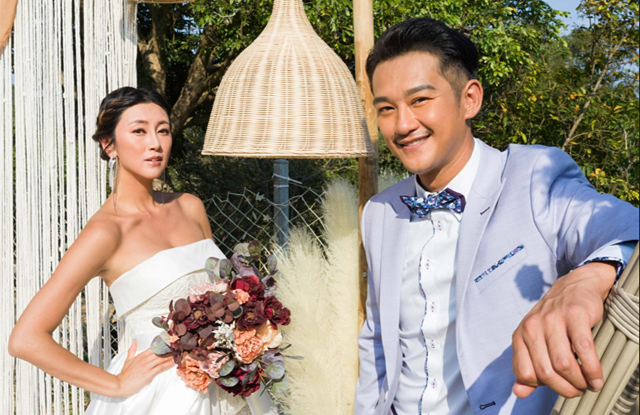 Aside from married life, the arrival of a new baby will undoubtedly give the couple new challenges ahead. Margiela expressed, “I think I have a lot to learn – how to be a good wife, a good mother, and how to get along with each other. These are life lessons and there’s so much to learn – especially since I’ve never experienced these things. I just got married after all, so I think that getting along with each other is the biggest issue. A lot of people say that marriage is a whole different world – I can’t wait to experience the horrors!”

Signing with EEG since 2002, Deep’s early career was ridden with controversy. In 2004, Deep was charged with the possession of cocaine and has a criminal record. In 2005, he allegedly physically assaulted another person at a nightclub. However, the case was dismissed in court due to lack of substantial evidence.

Prior to dating Margiela, Deep’s famous ex-girlfriends include Nancy Wu (胡定欣) and Anita Chui (崔碧珈). Both were short-lived romances. 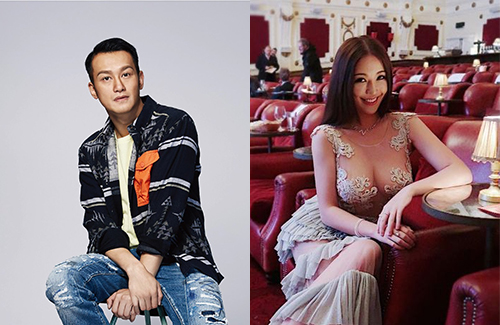 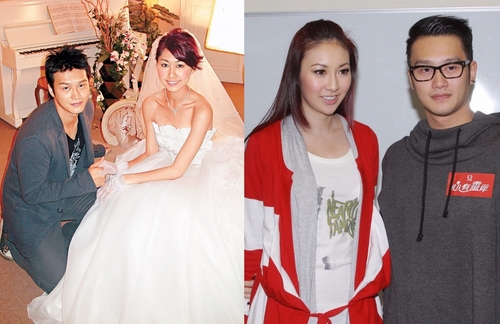