Fred Cheng (鄭俊弘) and Stephanie Ho (何雁詩) finally tied the knot on November 7 with a modest wedding banquet attended by their relatives and close friends. Impacted by the pandemic, the couple scaled down the wedding ceremony at the Hyatt Regency Hotel and invited 50 relatives and friends. Although it was a small and intimate wedding, the couple shared that they would like to have a bigger celebration next year. 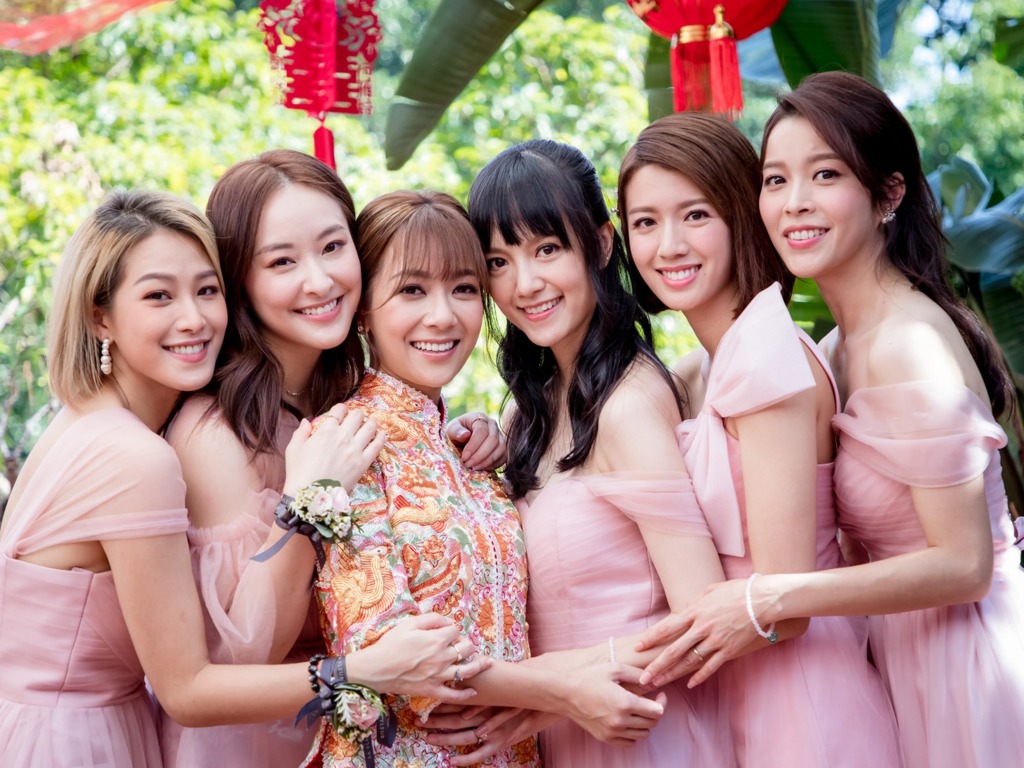 Following the Chinese wedding traditions, Fred and his groomsmen including Jonathan Cheng (張頴康) were tested in the traditional door games in the morning organized by bridesmaids Jeannie Chan (陳瀅), Anjaylia Chan (陳嘉寶), Winki Lai (賴慰玲), Cheronna Ng (吳嘉熙) and Sisley Choi (蔡思貝). As part of the games, Fred wore a mermaid costume and sang the Little Mermaid’s theme song. The groomsmen joined in the fun and were forced to wear pink boxer shorts. In another segment of the door games, Fred was hilariously tasked with using his toes to pick up mahjong tiles from a plastic basin. 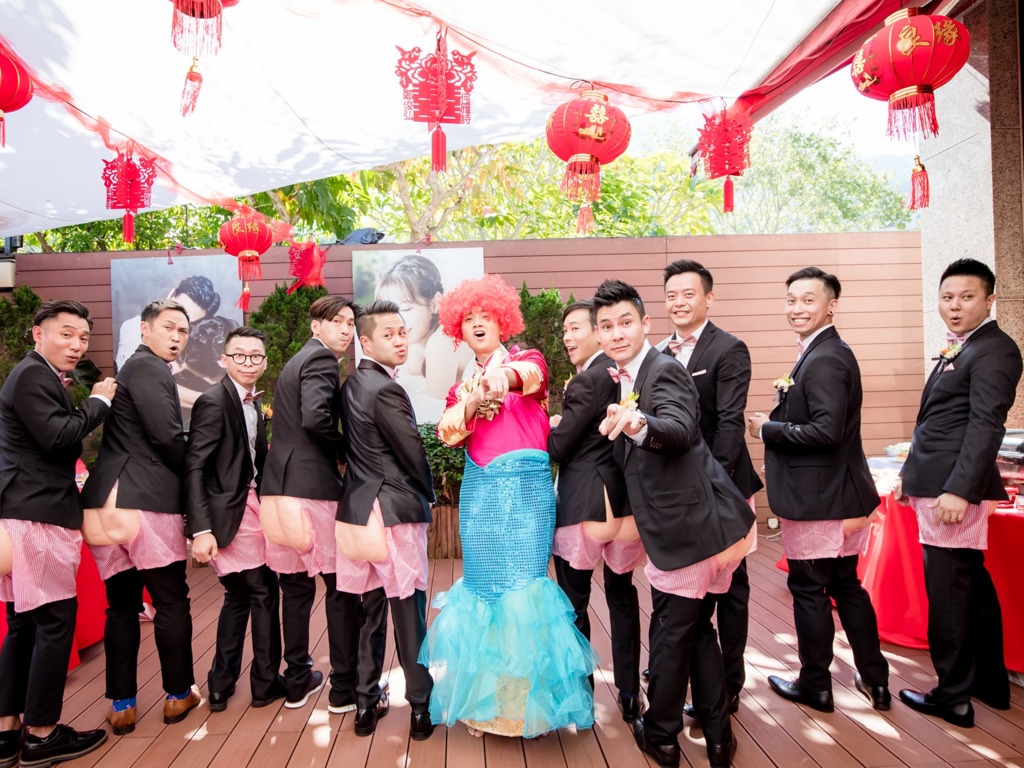 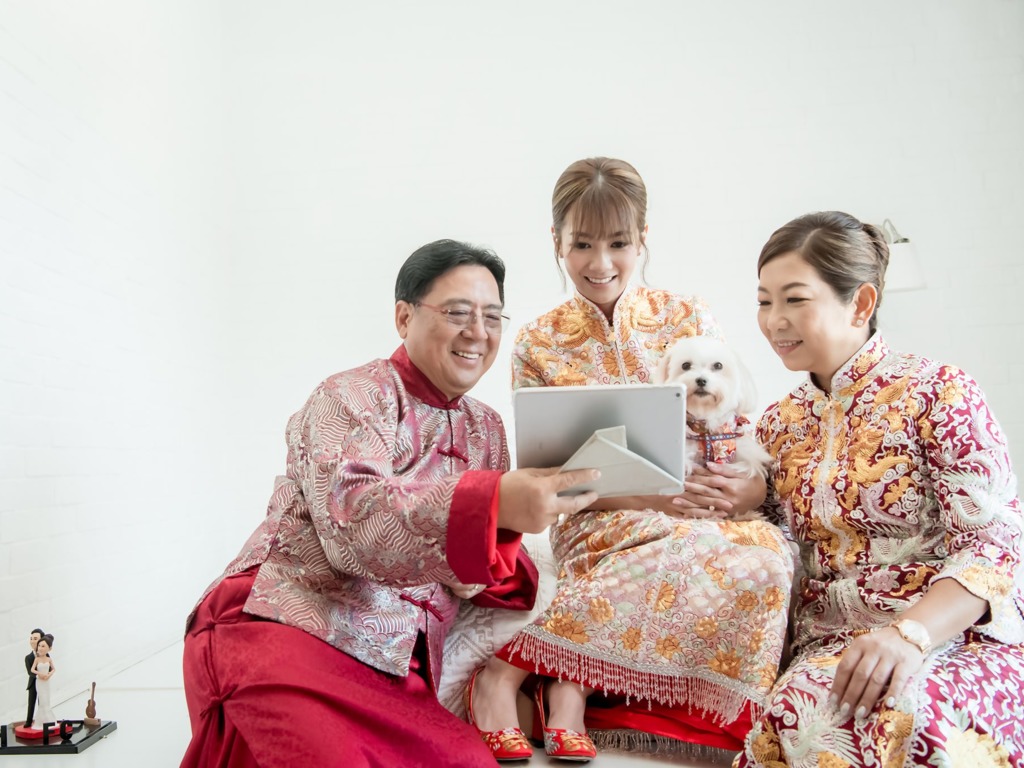 The wedding date held another significance as it was also Stephanie’s father’s 70th birthday. Stephanie’s father was overjoyed to be celebrating his milestone while being honored with handing off Stephanie to Fred. The tender moment was filled with love and made the guests emotional. 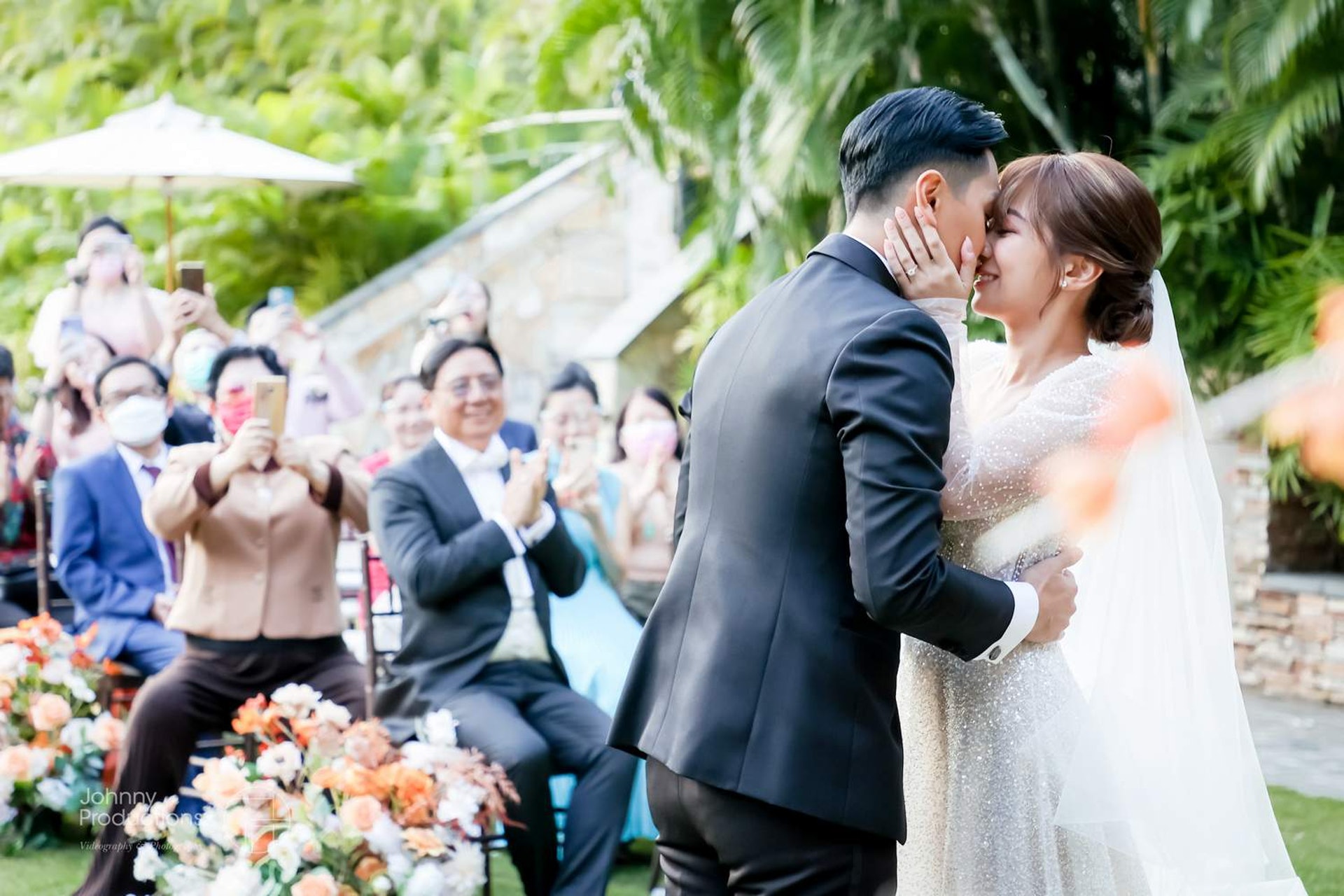 While Fred revealed that their families urged the couples to quickly start a family, Fred confessed that he wants to take his time, “For the time being, we want to enjoy married life. We don’t have any short term plans to have babies. However, if we do have plans, our goal is to have two children.” 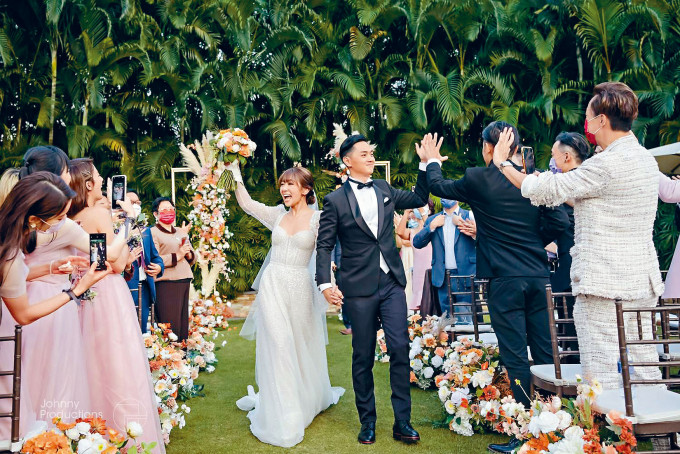