Dicky Cheung on TVB, His Wife, and Lost Daughter 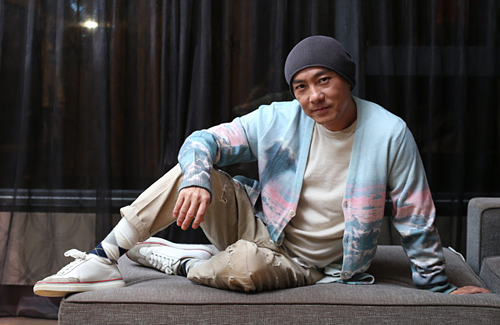 Twenty-one years after leaving TVB, Dicky Cheung (張衛健) finally returns for the series, The Learning Curve of a Warlord <大帥哥>. In a recent interview, he opened up about his sudden departure from the television station, the sacrifices his wife has made, and the impact that her miscarriage had on him.

Dicky often talks about how he owes much of his success to TVB executive Catherina Tsang (曾勵珍), following his casting in the 1991 series One Step Beyond <老友鬼鬼>. According to the 53-year-old actor, at that time it was Catherine who gave him more opportunities. “A producer had said that my creative expression was not good enough to be seen by the public. So I rushed into Catherine’s office and immediately started to perform the scene to her. After seeing my performance, she laughed and said I had to respect my colleague’s opinion. But she also gave me an opportunity by arranging for me to do some voice-over work. She also gave some advice in case I had an opportunity to play a lead role in the future – that I needed to learn how to self-analyze, because what the lead actor does affects everyone.”

According to Dicky, his decision to return to film The Learning Curve of a Warlord was not only to show his gratitude to Catherine, but also because of the suddenness of his departure from the station previously. “At the time I felt that I had left the Hong Kong audience without an explanation; I owe the Hong Kong audience a series. Up until five or six years ago, I didn’t sign with any company and with Catherine seeking me out, it became possible.”

And in terms of the rumors of a past fallout between Dicky and TVB over pay, his response was frank and positive. “All workers in the world surely hope that the boss will increase the wages, while bosses will want to use the most economical means to achieve the most profit. When these negotiations to collaborate are unsuccessful, some people might remember, but I do not.”

Death of His Younger Brother 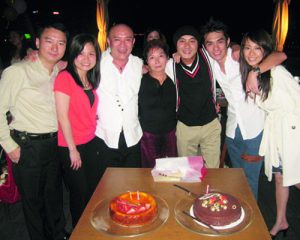 Filming The Learning Curve of a Warlord was also part of Dicky’s plan to turn a new page in his life. “I’ve always placed my focus on my acting career, but is that what life is about? Like earlier in the year, my younger brother passed away; I’ve never organized any funerals, and that night on my way to the church, my feelings were mixed. Of course I was sad, but should I express that during the service? If I were to express my sorrow openly, would it affect my relatives and my mother? So should I laugh? Definitely not possible. When I entered the church, a man came over to shake my hands with a smile saying, ‘I will be reading a Bible verse for your brother tonight, don’t be too sad. Please accept my condolences.’ That smile made me feel very warm, and this led me to think about whether I could play that role. Of course I would have to take a lesson to learn it, but if I can help others by providing this service, I think that it would be very meaningful.”

Sacrifices Made by His Wife

In terms of his marriage with actress Jess Zhang (張茜), Dicky acknowledged that she has made many sacrifices over the years, as they have been apart for much of that time due to his work. He also admitted that there have been many temptations over the years for him: “If I said there weren’t any, I’d be lying to you. But my record is good, zero rumors. At the beginning I was afraid that I might succumb, so I wouldn’t even get the phone numbers of any actresses; of course if I said my heart has never been swayed, I’d also be lying. I am a man. But just because I thought about it doesn’t mean I’d act on it. I believe that paper cannot cover a fire, there are no lies in this world, lies will inevitably be revealed one day.”

Dicky’s wife had a miscarriage when she was eight months’ pregnant, and when asked if he was still considering having children, his response was thoughtful and considered. “Not anymore. Not because of fear, but because I’m not sure I have enough physical and mental energy to raise children. Am I mature enough? I’m still a little child at heart.”

And while Jess has over time dealt with the trauma of losing their child, Dicky on reflection has realized that it had a significant impact on him too. “I went to a talk recently, and realized that back then as we focused all our energy on caring for the female half who had the miscarriage, I had neglected myself. The male half is also hurt. I didn’t realize then; but now everything is healed.”

4 comments to Dicky Cheung on TVB, His Wife, and Lost Daughter