Since its release, the Ip Man <葉問> movie franchise has been wildly successful, grossing as two of the top Chinese movies of all time. Martial arts star, Donnie Yen’s (甄子丹) portrayal as Ip Man was highly praised, while his martial arts power captivated and stunned worldwide audiences. To the delight of fans, it was announced earlier that Donnie Yen may be reprising his role as the Wing Chun grandmaster in the upcoming Ip Man 3. Filming was scheduled to start in August 2012.

Based on Ip Man Producer Raymond Wong’s (黃百鳴) preliminary discussions with Donnie Yen and the original cast of the movie franchise, the cast indicated interest in partaking in the third installment.

However, the life blood behind Ip Man, Donnie Yen, was currently busily filming Special Identity <特殊身份>. Afterward, Donnie will be filming The Iceman Cometh 3D <3D急凍奇俠> opposite Daniel Wu (吳彥祖). Donnie will need to complete the current movie projects on hand before he can dedicate time to film Ip Man 3.

While Donnie had expressed interest in exploring other film genres such as comedies, his forte remained in martial arts action films. Practicing martial arts under the guidance of his mother when he was 4 years old in the United States, Donnie later studied with the Beijing Wushu Team.  Perhaps martial arts talent was indeed hereditary in the Yen family, as Donnie’s 4-year-old son, James, also exhibited natural talent. Donnie said with a laugh, “My son, James, never watched [my] movies, but he kicks and punches all day! I do not know where he learned that from!”

This article was updated on April 6, 2012 to clarify that Donnie Yen’s Ip Man 3 and Herman Yau’s Ip Man: The Final Chapter are two separate films.

Jayne: Can’t wait to see Donnie Yen in Ip Man 3! Fans have been waiting a long time for this one! 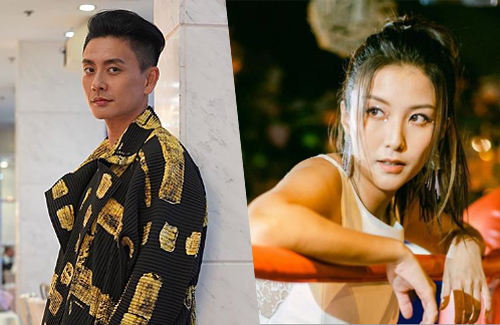 It’s an open secret that Rose and Bosco are more than friends, but not in an official dating relationship due to his inability to settle down.