Edwin Siu is Saving Up for Marriage 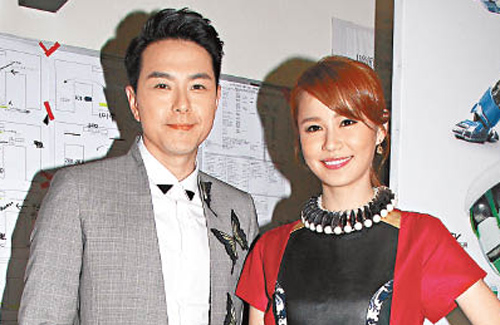 Having been busy with filming new series Wulin Revival <翻生武林>, Edwin Siu (蕭正楠) fell ill during his busy work schedule and was unable to attend the event with his coworkers. Poking fun at Edwin, Kristal said Edwin was taking one job after another in order to save up for his wedding with Priscilla Wong (黃翠如).

Louis, who have been steadily accepting an influx of new jobs in the last year, managed to become the new face of primetime television. Appearing in both Brother’s Keeper 2 and Inspector Gourmet <為食神探>, Louis is also seen in old reruns of Virtues of Harmony <皆大歡喜>.

In response to Edwin being infected by the Varicella Zoster Virus, a type of herpesvirus, Louis said, “It can potentially be serious – it probably has to do with stress and having a weak immune system. It can’t be helped though – even I’ve tried not being able to go home for three days straight due to filming. I had to sleep during my lunch break and would only grab a small bite before heading back to work again.”