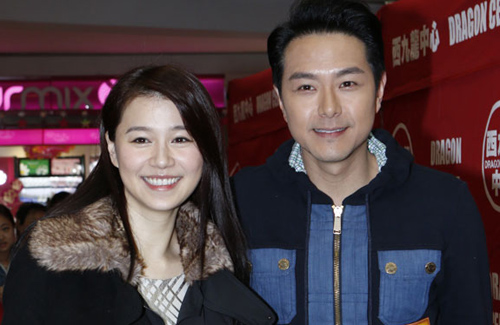 With his recent success in TVB dramas, Edwin Siu (蕭正楠) recently moved out of his parents’ home and into a place of his own. Despite this, Edwin remains filial and shared that he and his mother continue to see each other often. Edwin also likes to take his mother along when he travels with girlfriend Priscilla Wong (黃翠如).

Last year, Edwin took his mother and Priscilla on a vacation to Japan. The trio may go on vacation again later this year.

Edwin smiled and said, “After [my mother] watched television, she said she wanted to go to Australia, because it’s so beautiful!” With their next destination in mind, Edwin shared that he is not opposed to having Priscilla join them also, “Of course, it will depend on our schedules. If she can go, then that’s great. Going on vacation with the entire family is very hectic. She is a great helper!”

Since meeting on set of last year’s drama, Madam Cutie on Duty <師奶Madam>, Edwin and Priscilla’s relationship has developed quickly.  Starring in Behind-the-scenes Player <幕後玩家>. together also, reporters teased whether this would be their “engagement initiation drama”. Lost for words, Edwin smiled and said, “I don’t know how to respond to that. After filming this drama, there will be another drama. We all like to have work!”