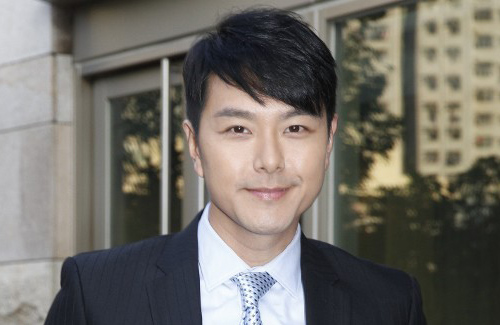 Edwin was then asked about his girlfriend, Priscilla Wong (黃翠如), who joined him on a family holiday recently. Edwin admitted that his mother was very happy with Priscilla. He said, “She could tell that Priscilla is very good at looking after others. I tend to be more impatient, but Priscilla would stay behind and look after my mother. She is a good girlfriend!” On whether he is considering marrying Priscilla, Edwin said, “We haven’t talked about it. It’s still quite far off in the future.”

On whether his mother had started urging him to get married, Edwin responded candidly, “I told her that I plan to get married before I turn 40. Anyway, I’m busy until June this year, so she didn’t have a chance to nag me!”

As for whether Priscilla had hinted at him regarding marriage, he immediately said, “No!”

Edwin admitted that his mother has been speaking very favorably of Priscilla, and that she had given them her blessings when they first started going out.