Elena Kong: A Portrait of a Modern Woman 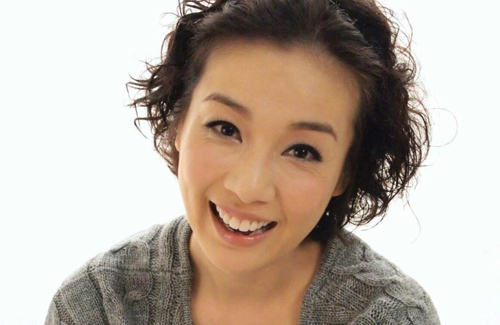 Elena Kong (江美儀), a name that brings to mind short, cropped hair and a unique brand of sultry elegance, is also the embodiment of a confident modern woman. Since joining TVB in 2009, Elena excelled in portraying powerless, desperate wives who turned to extramarital affairs to fulfill their emotional needs. In real life however, Elena is nothing but fearless and takes full charge of her own destiny. The actress recently sat down with 3 Weekly and discussed everything from her Triumph in the Skies 2 <衝上雲霄II>controversy, to her experience visiting a host club in Tsim Sha Tsui.

As the plot of Triumph in the Skies 2 continues to leak, viewers discovered that Elena’s character, Heather Fong, will be involved in a purely sexual relationship with senior co-pilot Roy Ko. Many fans criticized Elena and Kenneth Ma’s (馬國明) pairing, saying they looked more like mother and son. Some also found the loveless relationship distasteful, writing it off as yet another “heavy flavor” story line frequently found in recent TVB dramas.

Elena was quick to defend the plot line and her character. “I really like this character! It’s just that people don’t like me and are jealous simply because I am paired with Kenneth Ma… Kenneth is a sought-after bachelor and many like to fantasize about being his girlfriend. Here I am, Elena Kong stealing that spot next to him. Of course I immediately became the public’s enemy! Seriously, I am really only a few years older than Kenneth both in the drama and in real life.”

Elena further clarified that Heather was never involved in an extramarital affair, as she and husband Tony Ching, played by Patrick Dunn (鄧梓峰), will divorce later on. Elena added that she has no problems accepting a purely sexual relationship between two consensual, single adults. “If both are single adults and know exactly what they are doing, I don’t think it is a big deal at all. It is after all your own decision.” Although Elena is tolerant, she believes that true love is still the most important. She added that most women are emotional beings and are unlikely to pursue only a physical relationship.

Like Heather, Elena keeps an open-minded perspective and welcomes new adventures. In the series, Heather decided to visit a host club to cure her boredom. When speaking about that scene, Elena freely admitted that she has had a similar experience in real life. “I have been to a host club, but only to see what it is like. A male friend brought my group of girl friends to a Korean host club in Tsim Sha Tsui… You’d think they would be outrageously handsome but most look just like any boy-next-door… It is good to experience many things in life. You’d never know when the knowledge would come in handy.”

Currently dating Vincent Ng (吳君祥), actress Sandra Ng’s (吳君如) brother, Elena enjoys a long and stable relationship and would not change a thing. When asked about potential marriage plans, Elena said, “It is a title and I will let fate decide. If he is really a good man, you would not need to always check up on him… If he goes out to play he will come home on his own. You will see him in the morning. There is nothing you can do if he doesn’t want to come home. I always tell my boyfriend, we are happy as is. If you ever find someone else who can make you even happier, then go ahead. I really wouldn’t mind. Life is short.”

Elena is able to take a carefree approach with her relationship only because of the pain she had suffered in the past. For a very long time, Elena was deeply depressed about her former relationships. She often lamented that she treated her partners well but none of them returned her affections. Elena later realized that everything is tied to karma and that fate had decided that their love was not meant to be.

Although she had finally moved on from the hurt, Elena does regret not being able to maintain a friendship with her former loves. “I am rather unlucky, and have not been able to remain friends with those guys. All of us were immature back then. We can only become friends when both people are well aware of what they are doing. Two people come together because they like each other; why must we end up as enemies when we break up? I really like my relationship with Patrick Dunn in the drama, it is very mature, very rare. We went from lovers to family, and then turned into friends. I do yearn for this type of relationship.”

Speaking about relationship obstacles, Elena firmly believes that a couple should try their best to resolve issues before taking any drastic actions. She takes an active approach to love, and is unafraid of taking opportunities. “I am not the type who would only give you a chance after you have phoned me ten times. If I feel all right with you, I would be okay with going out and chat over a meal. You wouldn’t know if you are suitable for each other until you have chatted a few more times. If you don’t feel suitable, then don’t waste the other person’s time.”

Aside from a fulfilling love life, Elena also juggles a career that is quickly gaining steam. Originally an ATV artist, Elena has nothing good to say about her former employer, urging them to quickly close its doors for good. After joining TVB, Elena had to start from scratch, taking minor supporting roles despite her previous experience. The 41-year-old surprisingly has no complaints, and in fact enjoys the chance to start over. “I enjoy any and all roles… Even if I am lead actress status, the company would not ask me to star in every single drama. I actually get more offers as a supporting actress, and that allows me plenty of opportunities to flex my acting muscles….”

While many TVB artists are flocking to mainland due to its lucrative market, Elena decided to stay with the company out of a fondness of home. The actress also revealed the struggles she faced on the set due to her panic disorder. “When I was filming My Prime Lady <My盛Lady>, I found the series fun and relaxing so I decided to stop taking my medication… However, later when I participated in Triumph in the Skies promotions, some immature viewers criticized me over my pairing with Kenneth, calling me old. I was very unhappy afterwards and kept thinking about what I did wrong. The company gave this role to me. You haven’t even seen it and already made up your mind about me? Isn’t this so unfair? At that moment I realized that something was wrong with me so I immediately went back on my medication. Everything is all right now.”

Despite her condition, Elena remains optimistic and finds laughter is truly the best medicine. “When two people get together, they are like each other’s mirror. When I make myself happy, I naturally will smile at you. You will then smile back at me. This way everyone is filled with positive energy. I also believe that people who live this way will definitely slow down their aging process.”

25 comments to Elena Kong: A Portrait of a Modern Woman