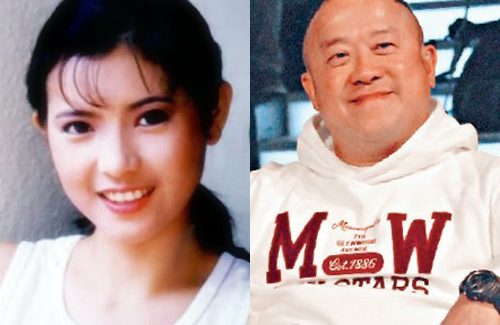 Even though Eric Tsang (曾志偉) is one of the most resourceful members of Hong Kong’s entertainment industry, he has been unable to locate Yammie Nam (藍潔瑛) and cannot state conclusively the truth behind her rape claims.

When Hong Kong’s Next Magazine first broke the story about Yammie’s rape confession on December 18, the public was both shocked and skeptical due to her unstable mental condition in recent years. Many began to speculate about the two dai gors, or film industry elites, who had sexually violated her over thirty years ago. Carina Lau (劉嘉玲), who was Yammie’s classmate during their TVB training days, was very upset by Yammie’s alleged misfortunes and immediately contacted good friend Eric to find ways to help.

As the former President of the Hong Kong Performing Artistes Guild, Eric attended a meeting to discuss the matter and spoke briefly about the Guild’s decision on December 24. Due to the Guild’s rules and perhaps legal reasons, he stated that the organization cannot help Yammie unless she voluntarily contacts them for assistance. He added that he has been unable to reach Yammie to further investigate her claims. “As of now, there is no way to uncover the truth because I rarely keep in touch with Yammie. I’ve heard that she has moved to Shenzhen. I don’t have her phone number, and can no longer connect to the one previously on record.”

Yammie denied her accusations shortly after her controversial interview was exposed, and has remained silent on the subject ever since. Recently immersed into religion, she was last seen publicly on December 23 as she returned to her Stanley home after attending church service. No longer willing to deal with the press, an accompanying church member spoke on Yammie’s behalf, saying that she is happy and healthy and asked the public to give her some personal space.