Etta Ng Doesn’t Resent Her Father, Jackie Chan, Since She Never Met Him 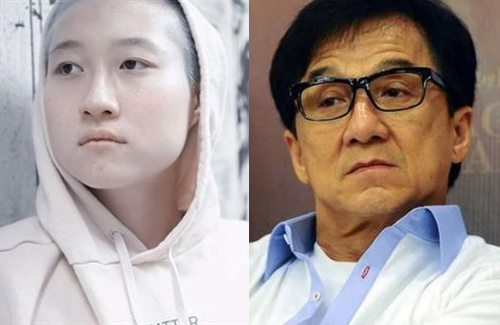 Due to her status as Jackie Chan’s (成龍) illegitimate daughter, Etta Ng (吳卓林) has grown up under the media’s spotlight and her life continues to be scrutinized by the public. The 19-year-old has often avoided speaking to the media, but accepted an interview to clear up the recent negative press regarding her life. 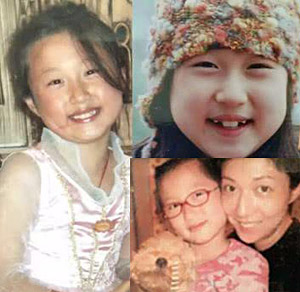 Even when she was in school, Etta’s identity made her a target of bullies. In 2002, Elaine Ng (吳綺莉) decided to move the family from Mainland China back to Hong Kong. Etta said, “It’s true [that I felt a lot of pressure]. That is why I was so unhappy before. I felt the worst during my time in Mainland China. I was in high school at the time. [People] thought that because of my father, I am a rich girl. I don’t want to talk too much about the school, but the teachers there were useless. [One time], I was on the floor and people [my peers] were kicking me. The teacher walked over and just said, ‘You guys shouldn’t do that.’ My peers stopped, and when the teacher walked away, they continued to kick me.”

When asked whether she has ever met her father, Etta said, “I have never seen him before.” She added, “My level of familiarity with him is the same as yours. Actually, in my eyes, he is neither good nor bad, because I don’t know him. I don’t judge someone I don’t know. I know that I have said some impulsive things when I was younger, but at this point in time, I am much more emotionally stable. I believe that people will make mistakes. Whatever mistakes you made, that is your life and not mine. It doesn’t matter to me. But it’s weird, because when I was born, everyone knew who I was. I don’t even know who I am. Everyone is watching me and waiting to see how terribly bad or good I will turn out.”

Though Etta has never met Jackie and claims to have no feelings toward him, she filmed a video while in Canada seeking out her father. Etta denied it was for money. Instead, it was for answers. She appeared a bit angry and said, “When I was searching for my father that one time, it was because I had a lot of things I didn’t understand and didn’t know what was going on. I am not seeking him or anyone out for money. Everyone who saw the video said ‘You want money, you want money.’ No! At the time, I was feeling lost and scared. I also had an emotional issue I had to address. I felt that there were too many things that caused me to feel lost. The incident was, in a way, a cry for help, but it was a cry for help for information.

“If I see him, I might say, ‘Yo, what’s up dude. That’s cool. Can you tell me what really happened when I was younger? Why is my mom the way she is? Did you guys ever discuss things? Or perhaps did you talk things out with my maternal grandmother?’ I’m 19 years old. I know I am still young, so I know my future may contain even more ‘why’s’. At the time [when things happened], I was just a baby. I didn’t know about anything that happened.”

Jackie is estimated to have a net worth of $3 billion HKD. He revealed in a previous interview that he would leave half of it to his wife, Joan Lin (林鳳嬌), and son, Jaycee Chan (房祖名), and donate the other half. In his recently published autobiography, Jackie did not mention Etta at all. Etta appeared unfazed by this and said, “I never thought about getting anything from him, neither does it bother me. I don’t feel hurt. Okay, it’s really none of my business, but he said he would donate half of his fortune to charity. It’s a great thing, but perhaps I overthink things often. Where or which charity is the money being donated to? What cause is it going towards? But in the end, I don’t really care.” 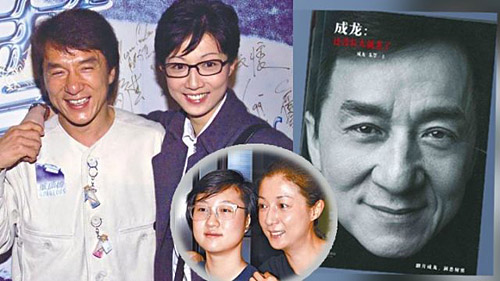 Not only does Etta have unresolved feelings about her father, but also her maternal grandmother. Elaine’s abusive behavior may have stemmed from her own upbringing. Etta recalls seeing her grandma point a knife at her mom and forced her mom to get on her knees and beg for money. A few years ago, Etta called the police and said her mom is an alcoholic and is abusive. When asked whether she resents her mother, Etta sighed and said, “A parent’s disciplinary method towards her child is influenced by how she was parented. How your mother treats you is how you will treat your child. I am very clear as to how my grandma treated my mom, so I do not blame her.”

Etta said she hopes to reconcile with her mother, but both sides will need to learn to be considerate of each other. She explained, “That environment caused me to be emotionally unhealthy, so I need to learn how to take care of myself. I have become happier. I can see hope now.”

Believes Wife is Her Soul Mate 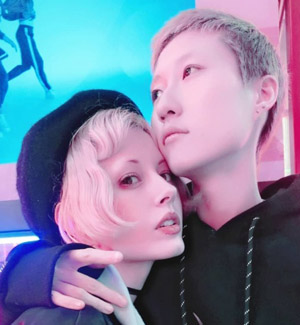 Like mother, like daughter. Etta also takes after her mother’s impulsiveness and mood swings. However, the biggest issue between them now is Etta’s wife, Andi Autumn. During the interview, Etta held onto Andi’s hand the entire time. The two have experienced the same type of childhood. To Etta, Andi is not only her wife, but also her savior. “I understand how people see it – that I’m only 19 years old, that I don’t know how to think for myself, that I got married impulsively, that I don’t really know what I’m getting myself into, that we would split up in a mere few years’ time. No way! I know what I’m doing. She is perfect. I don’t know what you guys want me to explain.”

Andi is rumored to be with Etta for money. Etta retorted, “When we first met, she didn’t know who my parents are. I had to explain things to her. Everyone said she is with me for my money, but I don’t have any money! So I don’t know what people think. It’s funny to me.”

8 comments to Etta Ng Doesn’t Resent Her Father, Jackie Chan, Since She Never Met Him