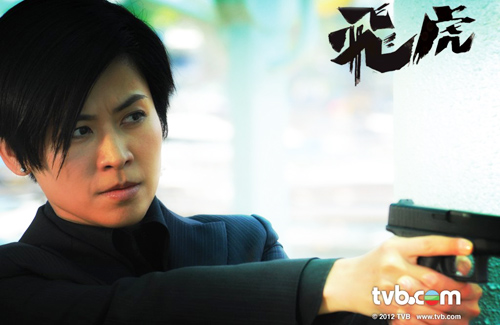 The enthusiastic reception of Tiger Cubs has already spurred plans for a sequel and movie, to be released during the Lunar New Year holiday. Producer Lam Chi Wah (林志華) said, “I would love to make a movie version! The content can focus on the new generation of SDU members. It would not be a problem to have the original cast come back!”

Although Joe Ma and Jessica Hsuan were no longer TVB managed artists, they were happy to act in the Tiger Cubs sequel. Joe said, “If the reception is good and a sequel were to be filmed, I am willing to come back. Jessica and I are grateful [towards TVB] and will come back if our help is needed.”

Jessica said, “TVB is still my first home. How can the sequel not have me? I also find that I look pretty cool holding a gun for the first time. I hope to forge a new blood line!”

Each episode of Tiger Cubs was filmed in a mini-movie format with a $10 million HKD budget. Each episode is 90 minutes long, with a total of 13 episodes. Due to its broadcast time slot on the weekends, fans complained that they had to wait too long for each episode to be aired. Spoilers for the ensuing episodes have been leaked, along with the plot twists, love triangles, and thrilling finale!

Joe Ma, Jessica Hsuan, Christine Kuo (苟芸慧), and Oscar Leung (梁烈唯) will be involved in a love rectangle. Although engaged to Christine’s character, Joe will secretly fall for Jessica’s character, who often risks her own life while pursuing criminals. Vincent Wong will be beating his wife, Yoyo Chen (陳自瑤), who portrays an explosives expert. Him Law will fall off a moving car and suffer severe injuries. In the finale, Kenneth Ma escapes from prison, having a massive shoot out with the SDU members!

In a SDU mission, Joe Ma suffered a bullet wound while trying to save Jessica Hsuan. After he recovers, Joe and Jessica’s love takes early form. The pair often go fishing together. Complicating the matter was that Joe was already engaged to flight attendant, Christine Kuo.

Oscar Leung and Joe Ma were very good friends. While Oscar’s elder sister, Jessica’s good feelings for Joe start brimming, Oscar has harbored a secret crush on Christine Kuo for a very long time. He met Christine even before Joe did. After Joe and Christine have an argument, Christine and Oscar were drawn closer together. When Joe discovered that Oscar and Christine have been exchanging flirtatious text messages, the men’s friendship were tested while the SDU members branded Oscar as a traitor!

While pursuing a criminal, Him Law throws himself on top of a moving car. However, he loses his grip and falls off the car, sustaining severe injuries. Due to Him’s character’s arrogant attitude, he was berated by Joe Ma for not following SDU procedure.

In episode 6, Pierre Ngo (敖嘉年) will make an entrance as an orchard heir, who enacts revenge upon Wei Ai (艾威), who had raped Pierre’s ex-girlfriend, leading to her suicide.

Episode 9: Natalie Tong as a Psychologist Obsessed with Firearms

Natalie Tong (唐詩詠) will portray a psychologist who enjoys the thrill of shooting people as live targets. She enjoys altering gun parts for her customized needs. Natalie will successfully control Jessica’s emotional will, while luring Joe Ma to act as her live target.

For a long period of time, Jessica has been obsessed with finding the criminal who took her fiance, Geoffrey Wong’s  (黃子雄) life in a bomb explosion. Masquerading as an introverted secretary, Yoyo Chen turned out to be a secret explosives expert who had killed Geoffrey Wong. When Yoyo was about to detonate a bomb to kill Jessica, SDU officer, Vincent Wong makes a critical play to slap and knock down Yoyo!

In the first episode of Tiger Cubs, Kenneth Ma, portrayed a ruthless criminal that was eventually arrested by the SDU officers. In episode 13,  Kenneth’s wife, JJ Jia (賈曉晨) helps him escape from prison. Kenneth barges into the police station and beats up Oscar Leung until he coughs up blood! A massive gunfire will occur in the grand finale of Tiger Cubs, as the SDU officers combat the most dangerous criminal it has faced yet!

Jayne: Is it too early to consider filming “Tiger Cubs”? I think the success of the drama is due to more compact story telling, with a high point in each episode. Something discussion worthy in each episode, as well as the more expensive budget for the filming.