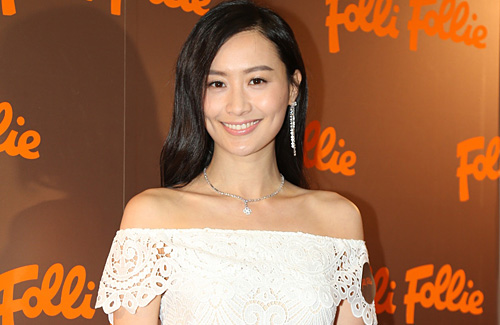 Graduating from New York’s The Julliard School with a Master of Fine Arts in Drama in May, Fala Chen (陳法拉) has been busily auditioning for roles. She signed with United Talent Agency, which also manages Oscar-winning actress, Frances McDormand.

Appearing at a function in Hong Kong today, Fala provided an update on how her auditions in the United States have been going. Asked which roles she has been auditioning for, Fala said she is a newcomer to Hollywood and will start with smaller, but worthwhile roles.

The casting calls did not result in any good news yet, making Fala feel discouraged at times. “Auditioning is like playing a video game, where you have to pass many levels. Sometimes you may have entered contract negotiations, but the film company may pick someone else in the last minute. But it’s a learning opportunity. After each audition, I’ll think about how I can do even better. After auditioning for one role and there is no callback, then I’ll just try another one.”

Although Fala has signed with an American talent agency, she will continue to work in Hong Kong. Meeting with a local director this morning, Fala will be working on an upcoming project in Hong Kong soon.

With the need to travel frequently for work, Fala’s cat in her New York home is currently being taken care of by her boyfriend, Emmanuel Straschnov. Fala said, “He’ll feed it, but the cat will be unhappy if I’m not home for a long time. If I really return to Hong Kong for filming, I’ll bring my cat too.” When it was pointed out that Fala is more worried about her cat than her boyfriend, she laughed, “Of course! A person knows how to take care of himself. But a cat needs someone to care for it.”