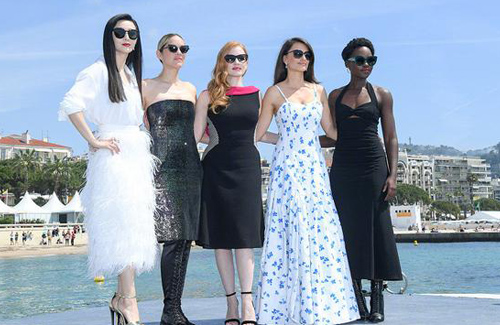 Fan Bingbing will be part of the spy thriller which tells the story of a group of international female agents who team up to fight off a global menace.

Originally part of the all-female cast of action spy thriller 355, Marion Cotillard has announced her decision to drop out, as confirmed by director Simon Kinberg and Diane Kruger. The cast now includes Penelope Cruz, Jessica Chastain, and Lupita Nyong’o, with Sebastian Stan and Venezuelan actor Edgar Ramirez taking on the male lead roles.

Helmed by director of X-Men: Dark Phoenix’s Simon Kinberg, with Theresa Rebeck of NYPD Blue and Catwoman as scriptwriter, 355 tells the story of top female espionage agents who team up to stop a global organization from receiving a weapon which will cause the already chaotic world to descend into further turmoil. These agents must overcome cultural and political disagreements between themselves to unite and defeat the global threat they are tasked with.

355 is a code name formed by a new breed of espionage agents, inspired by the code name of the first female spy during the American revolution.