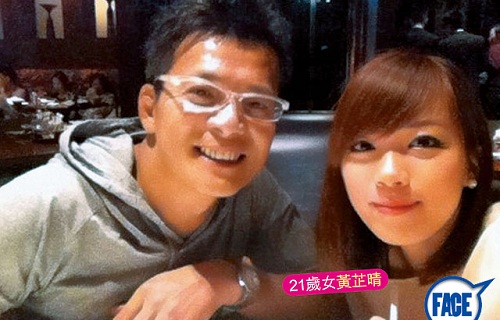 From the surface, newly formed Hong Kong broadcasting station, City Telecom (CTI), did not appear to have done much, but in fact, it was busily preparing for their first drama, which will be based on Hollywood movie, The Sixth Sense. Felix Wong (黃日華) and his 21-year-old daughter will star in CTI’s new series. Other cast members include Bernice Liu (廖碧兒) and Kelvin Kwan (關楚耀). As the first generation of “housewife killer,” Felix Wong has a loyal audience following. With his daughter, Wong Tsz Ching (黃芷晴) in tow to star in her first series, CTI’s new drama will no doubt generate hot discussion and pull in ratings. Tsz Ching was completing her fourth year of studies in Social Sciences and had expressed long-time interest in entering the entertainment industry. Although Felix often went to mainland China to film dramas, he will spend time with Tsz Ching in his free time, generating a good father and daughter relationship.

Asked about partaking in CTI’s new drama, Tsz Ching bowed her head and did not respond. Felix’s wife and Tsz Ching’s mother, Leung Kit Wah (梁潔華) said, “Where did you hear the news about Tsz Ching filming a series? She is still studying in school! Why don’t you ask her father?” Felix Wong did not respond to the press’ inquiries before the print deadline.

Aside from being swayed by CTI’s owner, Ricky Wong’s (王維基) sincerity, Felix Wong decided to film the new television drama due to its emphasis on high quality. Inspired by The Sixth Sense, CTI’s new drama will be a family suspense story centering around ghosts and Felix Wong’s father-daughter relationship. Bernice Liu will have romantic arcs with Felix Wong and Kelvin Kwan. The drama will focus on Felix’s character and feature several ghost stories in the narrative.

Asked about filming in CTI’s new drama, Bernic Liu replied, “We did discuss the matter. However, I am uncertain yet, as I have to complete filming two mainland dramas first.”

The scriptwriter for the new series was Lau Choi Wan (劉彩雲), who wrote the two installments of Ghetto Justice <怒火街頭>. Due to Ricky Wong’s priority in featuring a high-quality production as its first series, the original filming date has been postponed from March to August, requesting that the script be fine tuned to its best form prior to filming.

CTI applied for a license to operate a free broadcasting television station in Hong Kong and although the government has not yet formally approved the application, CTI has already started assembling staff. CTI tentatively planned for 8 new dramas. Aside from the series based on The Sixth Sense, CTI will also feature Soler in a musical-based drama, which will start filming the earliest in March.

Although CTI did not build its filming studio yet, this was not an issue at this time since all dramas will be filmed at real locations. CTI will hold a press conference at the end of February and officially begin operations in October.

Artists Who Have Signed With CTI

Ricky Wong was rumored to have budgeted $600 million HKD in recruiting cast and production staff for CTI. According to Apple Daily, the below artists have signed or will sign with the newly formed broadcasting station: Jayne: Wow, CTI’s new drama, based on The Sixth Sense, sounds like a very interesting project. I do believe that Felix will film for CTI, as he openly had very positive blog exchanges with Ricky Wong on Weibo. I think Bernice Liu will likely work out as well.

Hopefully, CTI’s creation will pressure TVB to get their act together and produce higher quality dramas as well. The audience will benefit in having more choice in watching Cantonese dramas with Hong Kong flavor.