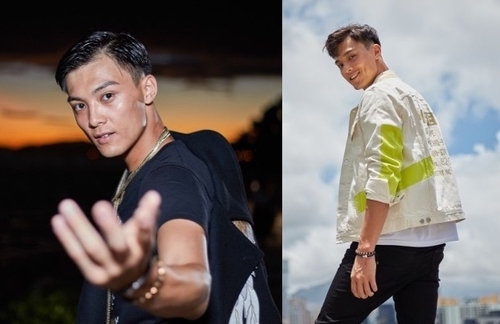 Former basketball player Kochun Tse (謝高晉), who used to compete for Hong Kong’s basketball team before moving to Macau for further training, is not only making waves in the sports world but also the entertainment industry. The six-foot-three athlete has made small cameos in movies, partook in several music videos, and graced ads as a model. Now, he is making his debut as a singer with his first single “Midsummer Diary” <仲夏日記>. 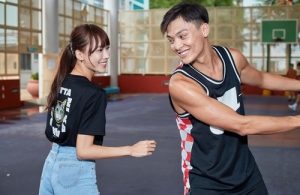 In an interview, Kochun shares the challenges he experienced during the filming of the music video. One of the biggest obstacles he encountered was securing an outdoor location for the shoot. Though the team had wanted to film at the basketball court, it was not an option due to the COVID-19 outbreak, so they set off to Kowloon Peak instead, but the continuous days of heavy rain made the site too muddy to film at.

They eventually settled on filming at the Lung Cheung Road Lookout, but it did not go as planned. Kochun said they were hit with a heavy rainstorm just 10 minutes into filming, so they had to wait an hour for the rain to subside before they could hurriedly finish their work.

Though the weather caused many setbacks, the team’s hard work paid off. Kochun said, “We were filming in Kowloon when it suddenly rained, but everyone got excited when we saw a double rainbow. It was my first time seeing a double rainbow, so we decided to add it to the music video. It is definitely worth all the struggles.” 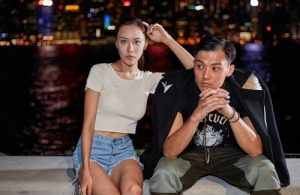 He expressed gratefulness to the female lead in his music video, model Adora (吳焱曦), for enduring the hardships with the team. Now that they have completed production for the music video, Kochun expressed, “I’m just happy to have my own music video, finally. Singing is one of the biggest challenges for me since entering the industry.”