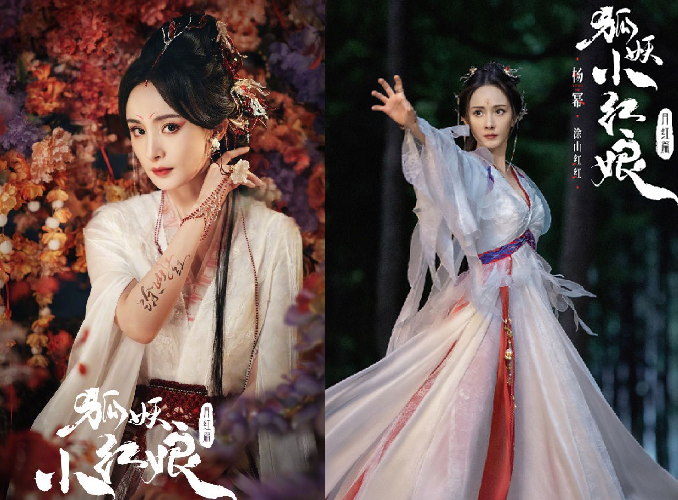 Known as ancient drama goddess, Yang Mi has made her mark in various fantasy and period dramas, impressing viewers with her alluring charm and foxy demeanor onscreen as the queen of Qing Qiu, Bai Qian in hit fantasy romance Eternal Love <三生三世十里桃花>. Recently, the 35-year-old uploaded a photo of herself as new character Tushan Honghong on social media, revealing her drama imaging once again as a fox spirit goddess.

Deviating slightly from the original manhwa, Yang Mi spots two signature red markings between her brows and an outward red wing at the outer corner of the eyes for a bewitching look. As the all-powerful queen of fox spirits at Tushan, she saves the life of Dongfang Yuechu (Gong Jun), the descendant of Dong Fang tribe via a chance encounter, sparking the beginning of their human-spirit romance. Of the three styles revealed, her red shoulder-baring red gown is the most eye-catchy, while the make-up also looks different compared to previous xianxia dramas.

Gong Jun is Male Protagonist and Lover of Tushan Honghong 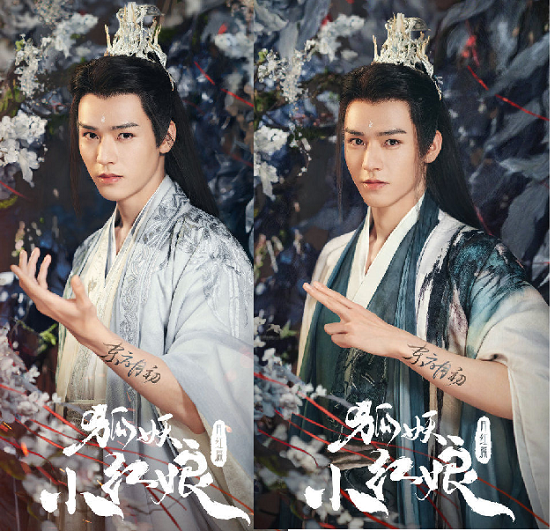 While in the original comic Dongfang Yuechu has two unique hairs sprouting from the top of his head, Gong Jun’s live action version spots a silver imprint on his forehead, has his hair combed back with a silver crown and dons a silver-grey embroidered robe in the first poster. A second poster shows him in a robe with Chinese ink wash painting details, bringing out a different vibe.