The Climbers <攀登者> is one of the three films produced to celebrate the 70th birthday of the People’s Republic of China, which fell on October 1, 2019. Set between 1960 and 1975, The Climbers follow four members of the Everest Climbing Commando as they tackle the most difficult climbs of Mount Everest. Directed by Daniel Lee (李仁港), stars Wu Jing (吴京), Zhang Ziyi (章子怡), Zhang Yi (张译), Jing Boran (井柏然), Hu Ge (胡歌), Wang Jingchun (王景春), Lin He (何琳), and Jackie Chan (成龙).

Based on a true story, The Climbers is a tribute to a group of young mountaineers who tackled extreme climate conditions as they reach for the summit of the world’s highest mountain. The film, which started principal photography on January 5, 2019, went through months of rigorous pre and post production work in order to meet the September 30th release date deadline. In a CG-centric film like The Climbers, producer Tsui Hark (徐克) originally projected that it would take at least three years before the film could be ready for release.

Director Daniel Lee did it in eight months.

He knew he had a lot of expectations to meet, and the pressure was indescribable. But the Hong Kong director understood the importance of the film, saying, “We had no interest in doing a film that is just about heroic people doing heroic things,” he said. “We wanted the audiences to feel its sincerity.”

The film delves closely into the relationship between Wu Jing and Zhang Ziyi, as Daniel Lee wanted the film to be both “heroic and romantic.” The script went through five different rough drafts in two months, and the casting directors specifically chose actors who were not known for being action stars. Wu Jing was intimidated by the director’s decision, and had even asked the crew if they could stay more conservative in his romance with Zhang Ziyi.

“He just wanted to climb mountains,” said a source. 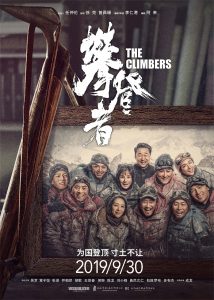 The cast was arranged to meet the curators at Mount Everest Museum in Lhasa, Tibet, and underwent months of rock climbing training while carrying gear weighing 17 kg. Wu Jing himself climbed the Gangshiqia Peak in Qinghai to gain experience in mountaineering. “I probably wouldn’t be able to do it if you just ask me to pretend and do it in front of a green screen,” he said. “I had to go experience it myself first.”

Wu Jing actually fell ill during his journey to Gangshiqia, and to recover while staying in 30 degrees Celsius weather seemed impossible. “I now know what it means to be a climber of Mount Everest,” he said.

Half of the film was shot in green screen, the other half at location in Tianjin. The filming location was cold and rural; while the actors did not have to endure altitude sickness, having to survive in 10 degrees Celsius was no easy feat. Zhang Yi described, “I had to step on snow in 20 degrees weather with my bare feet. It wasn’t the cold kind of painful—every step felt like I was getting impaled in the heart.” 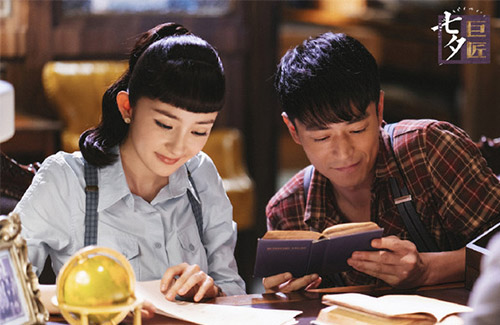