Also known as the blockbuster season, the Lunar New Year holiday week is always a feast for moviegoers. However, this year, one film managed to stand tall among all heavy-weight competitors.

Based on the novel of the same name written by Cixin Liu (刘慈欣), The Wandering Earth is set in a time when the sun is quickly dying, and all of humanity has to work together to move Earth out of the sun’s orbit before the sun could destroy the entire solar system. The film stars Qu Chuxiao (屈楚萧), Li Guangjie (李光洁), Ng Man-tat (吳孟達), Zhao Jinmei (赵今麦), and Wu Jing (吴京).

According to reports, Wu Jing was originally billed for a special guest appearance. However, upon hearing that the film crew were underpaid, the Wolf Warrior <战狼> star decided to invest 60 million yuan into the film, becoming one of the film’s producers. Wu Jing now has another hit in his stellar resume.

Hong Kong actor Ng Man-tat expressed that he originally did not want to do the film. He told reporters, “When I first received the script, I thought to myself, oh no! Why are we enforcing our own weaknesses? Us Chinese are not know to be good at sci-fi. That is Hollywood’s. I thought China still didn’t have that ability, but apparently, I was alone in that opinion. Please support our first sci-fi film. It is [a story] created entirely by the Chinese people.” 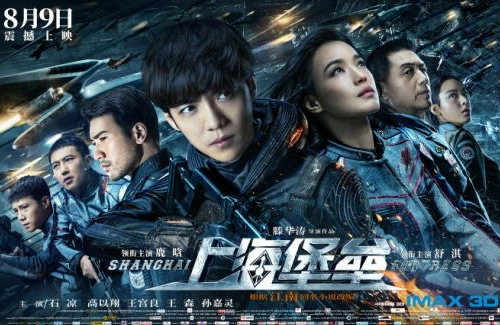