Gigi Ho Into Rich Men and Only Used Edwin Siu as Human ATM? 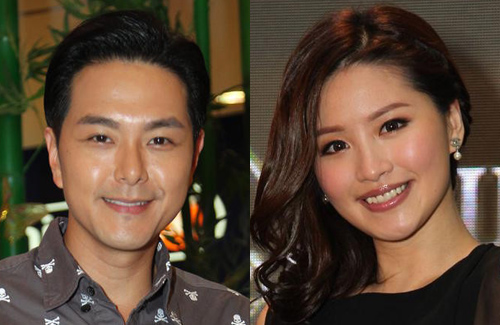 When Edwin Siu (蕭正楠) earlier admitted to a developing relationship with costar Priscilla Wong (黃翠如), his ex-girlfriend Gigi Ho (何傲芝) labeled herself as the victim of their breakup, leading to speculations that Priscilla was the third wheel. Since Priscilla is a highly promoted actress, TVB was quickly able to help Priscilla clear her image. In contrast, negative gossip of Gigi’s past behaviors continued to surface.

Edwin and Gigi began dating in 2011, when Edwin was not yet popular. Back then, Gigi’s parents were reportedly unsatisfied with Edwin’s financial status. It was not until recent years that Edwin was given opportunities to star as male lead in dramas. As his salary increased and Edwin earned millions performing in stage shows in Mainland China, Gigi constantly asked him to buy luxurious handbags. She treated him as a human ATM machine and asked for $10,000 HKD worth of spending money each month.

Besides splurging on designer bags with Edwin’s money, Gigi is reported to be an unstable girlfriend. Tabloids claimed that while Gigi dated Edwin, she also set her eyes on other influential men, such as prosperous racehorse owners and high-level corporation executives. She allegedly took every opportunity to linger within their social circle and was only interested in those with high salaries.

Noticing Gigi’s behavior, Edwin proposed a breakup last October, claiming he wished to focus on his career. It was not a clean breakup, and Gigi initially believed they had chances of getting back together. She acted pitifully and begged Edwin’s aunts to help Edwin change his mind. Gigi did not give up until Edwin exposed how she headed to Macau in order to align herself closer to rich bosses.

Since ending her contract with TVB, Gigi’s future is unclear. However, she recently opened up a shop selling fashions and trendy circle lenses. Gigi’s mother helps manage the store for her.

Plagued by negative gossip, Gigi’s mother spoke up for her daughter and showed support. She expressed, “I hope everyone understands that we are just normal people. It’s not that we want to do anything. I’ve always taught my children to be respectful. People should respect one another when it comes to work. So for this issue, I think it’s fine as long as the younger generation is happy.”

Gigi’s younger sister, TVB actress Lily Ho (何傲兒), expressed she is sympathetic and feels upset for her elder sister. In terms of reports indicating Gigi constantly lingering around rich racehorse owners, Lily explained their father brought them to watch horseracing as children and it is a part of their lifestyle. Lily did not comment on her sister’s current relationship with Edwin, but indicated she would not feel awkward collaborating with him in the future.

55 comments to Gigi Ho Into Rich Men and Only Used Edwin Siu as Human ATM?