Gigi Ho Not Yet Ready to Start New Relationship 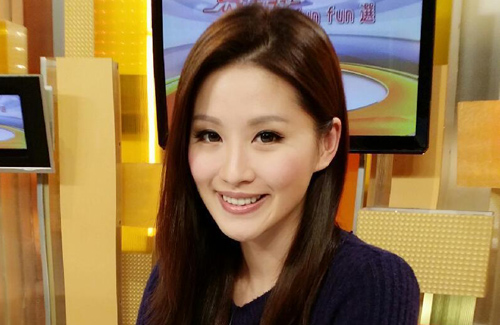 Recent tabloids claim former TVB artiste, Gigi Ho (何傲芝), may have found new love with Aaryn Cheung (張明偉), a Hong Kong singer with a wealthy family background. However, she was quick to deny the reports and emphasized they are only friends. After her poor breakup with ex-boyfriend Edwin Siu (蕭正楠) last year, Gigi is not yet ready to devote herself to a new relationship.

Rumors that Gigi and Aaryn were dating initiated when reporters spotted them in the same car. At an art appreciation dinner, Gigi clarified, “We’re just friends, and we’re not dating. The photographs were just of us carpooling together.” Gigi added she does meet up with Aaryn, but only for music-related work purposes.

A few days ago, Edwin Siu brought his new girlfriend, Priscilla Wong (黃翠如), on a romantic beach date to watch the sunset. The couple held hands and behaved very intimately. When reporters asked Gigi if she had also been on similar trips with Edwin in the past, she replied, “That’s part of a healthy lifestyle. Did we do that before? I don’t remember!”

Believing she should not judge others’ ways in approaching a relationship, Gigi only commented that she is someone who prefers to keep things low-profile. Although Gigi did not wish to touch further on Edwin’s new romance, she stated she would still give him a simple smile and nod if they run into each other.