Chinese actor Gong Jun (龔俊) is unstoppable. His visibility continues to trend as he works with China’s most popular actresses such as Yang Mi and Li Qin, despite damaging rumors which surfaced earlier this year.

After his breakout role in boys’ love (BL) drama Word of Honor <山河令>, Gong Jun was accused by  costar Zhang Zehan (張哲瀚) for unfair self-promotion. The latter claimed that Gong Jun’s team had intentionally capitalized on couple (CP) fan fervor, yet the costars have not been in contact since June 2021.

Other Internet gossip surfaced which attacked Gong Jun’s character. While filming a drama with Elane Zhong (鍾楚曦), the cast and crew were accused of having a feast during the period of time where dine-in was banned. The crew later responded that the restaurant was booked privately for filming purposes.

Two months ago, there were rumors that Gong Jun has a secret child. Netizens uncovered a social media account that appeared to be his, and the user had asked about Down Syndrome screening. His management agency immediately leapt to his defense, and clarified that Gong Jun is currently single with no children.

While the negative coverage would often trend on social media, it did not deter Gong Jun’s popularity as his work is lined up until next year. After collaborating with Dilraba Dilmurat <迪麗熱巴> in Legend of Anle <安樂傳>, he will be filming Fox Spirit Matchmaker: Yue Hong(涂山小红娘月红篇) with Yang Mi (杨幂).

Afterward, his next project is rumored to be in the third part of the Eternal Love <三生三世步生蓮> trilogy with Li Qin (李沁). This series of dramas has a good track record of success and had elevated the careers of Yang Mi (楊冪) and Dilraba to new heights, and may be success for the new stars.

Before fully immersing in his new drama, Gong Jun is now taking a short vacation in Sanya. Despite sharing photos of the local sights and eating seafood near the ocean, the actor did not forget to consistently work out at the gym to maintain his toned figure in the interim.

Yang Mi and Gong Jun to Star in Fantasy Romance 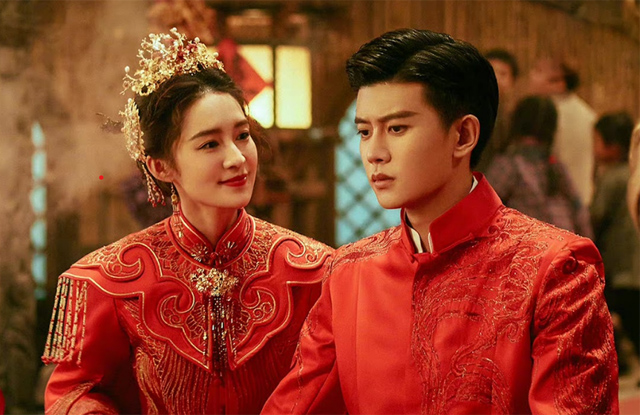