Gordon Liu To Move Out of Nursing Home 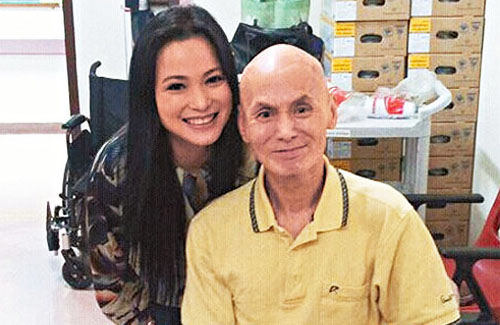 Gordon Liu (劉家輝) reportedly moved out of his current nursing home to a less-expensive residential establishment. Gordon, who suffered a stroke in July 2012, has been living under the care of several nurses, doctors, a personal physical therapist, and his assistant and guardian, Amy Fan (樊奕敏). Gordon’s hospitalization was widely publicized, as the former martial arts star is currently in an ongoing legal battle with his ex-assistant, Eva Fung (馮映華), who refused to return his film remunerations worth $2 million HKD.

Gordon is also in an estranged relationship with his wife and two children, who has not been financially supportive. Faced with expensive hospitalization bills and other everyday expenditures, it was reported that Gordon has considered cashing out his $8 million HKD flat, but his wife and children refused to move out. Gordon’s apartment building does not have a built-in elevator system, making it inconvenient for Gordon to stay. Having to fork out over $10,000 HKD a month for nursing bills, Gordon is allegedly prepared to move out of his current nursing home to a cheaper establishment.

Fortunately, Gordon’s health has improved immensely since his hospitalization in July 2012. Gordon’s weight increased from 110 pounds to a reported 120 pounds by April 2013. In the last few months, Gordon was even spotted spending time outside, having tea with a few friends at nearby dim sum restaurants.

On October 6, Gordon was seen eating with a few friends at a restaurant in Tsim Sha Tsui. Originally paralyzed on the left side of his body, Gordon could now move his limbs around and pick up his own food. His speech also improved, as he was seen comfortably conversing with his nurse and his friends. One of his friends, Master Tang, who suffered a much more serious stroke years ago, shared his experiences and gave Gordon plenty of encouragement.

10 comments to Gordon Liu To Move Out of Nursing Home