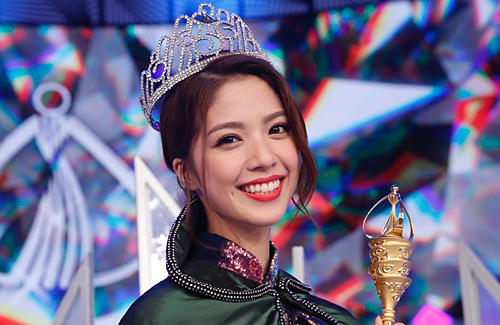 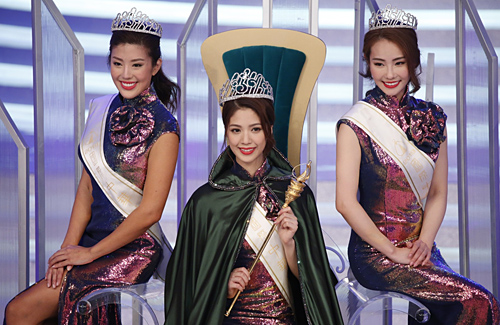 Too Much Relationship Q&A?

For the most part, the questioning and answering segment went well, however viewers criticized the hosts for weak and awkward Mandarin that confused the pageants. In addition, the questions were shallow and focused too heavily on relationships.

During the questioning and answering segment, the top 10 contestants changed into their bikinis and showed off their good figures. Stephanie overshadowed the other contestants with her voluptuous body and healthy bronzed skin tone.

While Hera’s figure may have looked inferior compared to Stephanie, Hera still put in her best efforts and smiled sweetly throughout the segment. However, Hera gave a mediocre performance when asked how she would reject a marriage proposal. When host, Luk Ho Ming (陸浩明) “proposed” with a 2.5 carat diamond ring, Hera replied that she prefers handmade items. After asking if she would prefer being gifted a building instead, Hera joked she would like it, so she can live closer to TVB studio, but insisted that the thought of the present matters more. 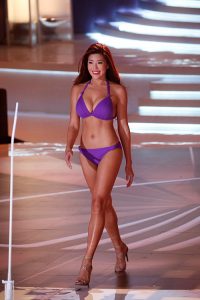 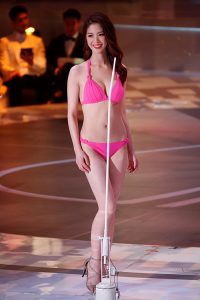 In the talent segment, Hera performed an aerial yoga sequence with a hula hoop as her talent and impressed the audience with the difficult movements. At the beginning, Hera appeared to make a mistake by missing her hula hoop, but was able to effortlessly recover.

With Hera’s winning the Miss International Chinese title, it broke the five-year drought since a delegate from Hong Kong won.

Crowning Moment of the Winners