In the short two years that Miss Hong Kong 2018 Hera Chan (陳曉華) has been in the industry, she has already partaken in four dramas, including On-Lie Game <迷網>, Zombie <食腦喪B>, Seven Princesses <七公主>, and Paranormal Shop <異搜店>. In an interview, the 25-year-old delves into her first acting experience and shares how she prepares for her roles.

Hera recently made her acting debut in the currently airing On-Lie Game, playing the supporting role of Denise, an inspector in training. Given that this is her first drama, she expressed she was fearful of making mistakes, but luckily, the encouraging veteran actors helped ease the pressure off her. Her seniors also indirectly taught her how to prepare for her role at home.

Hera is Scared of Making Mistakes 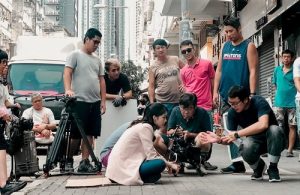 Due to her inexperience in the acting world, Hera feared to go to work and originally thought it was enough to read the script and memorize her lines before heading to the film set. However, she eventually learned that veteran actors do a lot to prepare for their roles, such as creating mannerisms for their characters or embodying the emotions of their characters. Through observation, Hera began doing the same at home.

However, she expressed that a prepared actor can still experience NGs. She admitted that her nerves got the best of her sometimes and caused her to NG, but she learned to calm herself and relax.

Hera shared, “Every day, I’m scared of being the reason why the cast and crew have to end work late. I think the worst was when I NGed more than 10 times because Mat Yeung (楊明) and I kept laughing at this specific point in a scene. I learned that holding in my laughter is very difficult, but I also realized that having an NG is very common.”

Her Crying Scene Was the Most Memorable 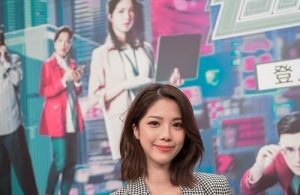 Aside from keeping a straight face, Hera also said crying scenes are challenging. The actress recalled her first crying scene in On-Lie Game and expressed it was the most memorable because they filmed the scene at 5 a.m., and she had to get the tears flowing once the camera started rolling despite being very tired. She said, “After a trial, the director explained the scene to me, and the next second, I had to film the crying scene for real. During that time, there were a lot of crewmembers watching me. Some were laughing, taking pictures, and playing, but I couldn’t get distracted. This scene was very memorable.”

The young actress continued, “I also experienced filming crying scenes for three consecutive days, which made my eyes very dry. Now, I don’t cry as much.”

Hera Reflects on Her Faults 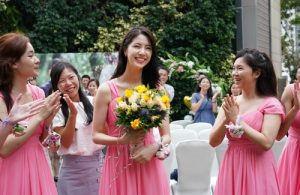 Having received both praise and criticism for her acting, Hera believes her biggest problem lies in her pronunciation and clarity when speaking, especially since she still wore braces at the time. Often talking too fast and unclearly, Hera received tips from her friends and director Simon Wong (王偉仁), who advised her to practice enunciating and speaking slowly. Her friend, on the other hand, taught her to bite a wine cork while reading a newspaper to help with clarity when pronouncing words. Knowing her weakness, Hera is more aware of her talking speed when she is conversing with her friends as well. 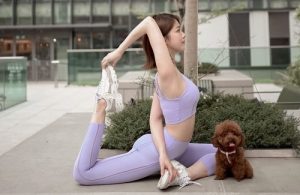 Another aspect that Hera is keeping an eye on is her weight. Though the beauty queen is already tall and lean, she shares that she still needs to diet so that she looks good on camera. To be at her best for On-Lie Game and a commercial, she followed a strict diet of only eating chicken breasts and sweet potatoes. Even though she was upset that she couldn’t eat midnight snacks anymore, Hera saw her hard work pay off, as she was the fittest that she’s ever been.

After the strict diet, Hera reduced her food intake and no longer eats whenever she is hungry. “I am currently intermittently fasting, so I only eat small meals during a set eight hours of each day. Sometimes I will be cruel to myself and limit my eating window to only a six-hour timeframe, but I have also accidentally eaten a week’s worth of food throughout one to two days. I am scared I will go berserk and eat all the junk food at home under pressure, but I have been restraining myself. I need a balance of both dieting and exercise to lose weight,” she said.