Due to the success of programs such as Miss Hong Kong, TVB fadans have a great turn-out rate, but for actors, it usually takes a little more work. 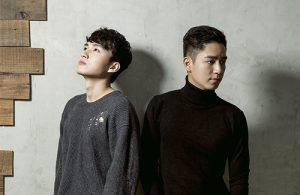 When it comes to naming a new generation of young TVB actors, one would immediately think of 24-year-old Kalok Chow (周嘉洛), star of the sitcom Come Home Love: Lo and Behold <愛．回家之開心速遞>. His onscreen partner, 21-year-old Ricco Ng (吳偉豪), comes a close second.

For the past four years, both Kalok and Ricco became central figures of a growing Come Home Love fanbase, and nearly 1,000 episodes later, the sitcom led by Lau Dan (劉丹) still has no intentions of slowing down.

Using a “mou lei tau” approach to portray Kam Sing-on, the role that gave Kalok his first win as Best Supporting Actor, Kalok admitted that he used Stephen Chow (周星馳) as a blueprint for his portrayal. “I grew up watching his films on loop. I do have to be mindful of my own performances, because I don’t want to be an exact carbon copy.”

Kalok and Ricco, who plays Kam Sing-on’s best friend Chu Ling-ling, have a large female fanbase. But when it come to actually pursuing girls, Kalok said he is actually horrible at it. “I remember I wrote a love song for a classmate, and I used the song ‘Mouse Loves Rice’. I was the mouse and she was the rice. I slipped the piece of paper in her drawer, but she didn’t react to it at all.”

Ricco shared, “I remember asking a girl I was interested in to the school ball, but once I was able to muster the courage to ask her, someone else already did.” Ricco said that experience actually helped build his confidence.

Ricco, who has been compared to a young Daniel Wu (吳彥祖), said, “I’m happy to hear these praises. I’ve actually met Daniel Wu in person. I personally don’t think we look a like, but maybe our noses are kind of similar.” 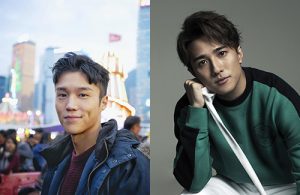 Like Kalok and Ricco, 22-year-old Karl Ting (丁子朗) and 31-year-old Telford Wong (黃庭鋒) are rising quickly in popularity. Karl, who made his debut through the 2016 Mr. Hong Kong Contest, echoed Kalok and Ricco’s claims about not being very good with girls.

He recalled, “I remember, right before I debuted I asked a girl if she wanted me to help her take some pictures. She said yes, but on that day, she brought her boyfriend along, and really treated me like I was a photographer. I became the third wheel.”

As for Telford, he joked that one of his biggest regrets is that he never got the opportunity to date a foreigner. The former now TV host had spent most of his high school and college career in England, and received a master’s degree in physical education at the Chinese University of Hong Kong.

But Telford, who joined TVB the same year as Karl, said he would like to place more of his efforts on his budding acting career. “I want the opportunity to film more dramas so I can be more well-rounded. My ultimate goal is to be able to play a role with multiple personalities.”

Similar to Telford, Karl wants to find maintain both an acting and an MC career. Sharing that he will be playing a villain in the upcoming TVB drama Legal Mavericks 2 <踩過界II>, he said, “I get to be myself in varsity shows, but I can live a plentiful life in dramas. I crammed a lot of acting classes for that role. I even watched that one interview where Raymond Lam (林峯) talked about how he approaches villainous roles.”