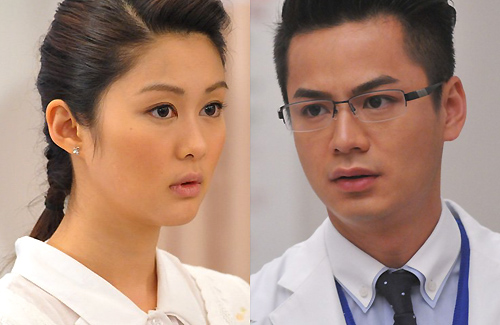 Him Law’s (羅仲謙) fate was decided the moment he decided to pursue the path to become a celebrity. He knew he would not lead a normal love life, and would have to sacrifice his youth. He missed the times when he could freely roam the streets without fearing the paparazzi, or speak without the media distorting or quoting him out of context.

Under the stressful circumstances in the entertainment industry, it pushes one to mature faster and develop a more cautious attitude. When he was younger, playing sports or going shopping with friends would already give him simple joy. Him Law himself is surprised at how much he has matured in the past eight years. “My words and actions have become important. It’s like I’m always living under a camera. I used to love to joke around, but now I have to be much more careful about it, because it may be taken out of context. It’s harder for me to trust others now.”

But all of these sacrifices and worries were ones that Him were willing to live with. Looking back, Him felt he has accomplished a lot in the last eight years – twelve films, eighteen television dramas, and four acting awards. Working alongside many industry seniors, including Francis Ng (吳鎮宇), Chilam Cheung (張智霖), and Lawrence Ng (吳啟華) in The Hippocratic Crush 2 <On Call 36小時II>, Him learned to appreciate the art of acting.

Him admires Lawrence Ng for having it all: acting experience, family, a youthful appearance and good health. Becoming a father has softened Lawrence’s personality and allowed him to generate better sparks with co-stars than in past years. Him said, “Lawrence’s acting has gotten even better [than before], because his state of mind is clear. Acting doesn’t give him pressure anymore.”

New Breakthrough in “The Hippocratic Crush 2”

Him believes he has grown with his role, Yeung Chung, in The Hippocratic Crush. In the first installment, Yeung Chung is an overconfident youth who was blessed with opportunities handed to him, but in the sequel, Yeung Chung goes through his first emotional breakdown – losing a loved one.

In the series, Yeung Chung falls in love with the volunteer worker Che Che, portrayed by Eliza Sam (岑麗香). Che Che, diagnosed with a fatal sickness, ultimately dies in Yeung Chung’s arms. “It’s not a perfect ending [for my character]. There’s a shortcoming. We are both in love, but we weren’t able to do many things together, because she had to leave me in the end.”

Having to shoot such emotionally-drenching scenes, Him feared that he was not experienced enough for the challenge, but the scenes were a lot easier to film than he thought. When he first became an actor, Him had trouble memorizing long dialogue and sliding into different emotional states for his roles. He felt stressed over crying scenes and keeping up with his co-stars, but Him sharpened his skills over the years.

Him made a new breakthrough in The Hippocratic Crush 2 due to his character’s emotional breakdown. “Thanks to my good partner, Eliza,” said Him. “If it wasn’t for her, I wouldn’t be able to engage as deeply as I was. Everyone says that it is experience that solidifies an actor, but this time it’s different. Eliza is a rookie, and she gives me a feeling of a first love. That feeling really helped.”