TVB artistes are notoriously known for being overworked. The “off 26, start 06” schedule, referring to a work schedule where one gets off work at 2 a.m. and start work again at 6 a.m., is a common occurrence among popular TVB artistes. And while the industry is slowly learning to adapt to better work hours, having frequent schedules cannot be avoided for popular artistes, who have to stay working to stay relevant. 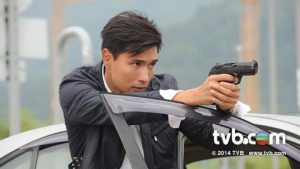 One of TVB’s more popular actors in recent years, the 2016 TV King shared a time when he had no sleep for 53 hours. It happened around 2011, when he was filming both Ruse of Engagement <叛徒> and Three Kingdoms RPG <回到三國> at around the same time. Ruco had to sneak in naps during his breaks and while traveling between locations. He also also had to do stunts and hike up hills in between.

“I felt so dry and drained, like I didn’t have a soul anymore,” described Ruco. “Let’s not even talk about showers—those were the last of my concerns. Pure will was what got me through those 53 hours.”

Ruco didn’t want to waste any opportunities to develop his career. He ended up overworking himself, and the stress resulted in physical manifestations. “I had reduced liver enzymes, which would indicate liver failure,” said Ruco. “It’s from the lack of rest and pulling in long nights.”

While shooting 2017’s The Unholy Alliance <同盟>, Ruco had pushed through so much that he ended up having to call in sick. “When I went home that day, my mom saw how miserable I looked and thought I was dying,” he chuckled. “She immediately started to make some soup for me.”

Now married to Phoebe Sin (單文柔) with an infant daughter, Ruco has learned to take things slow and place more emphasis on self care. “Shen I was in my 30s, I was able to push through more, but now I’ll try not do that. I need to learn how to take care of myself first.” 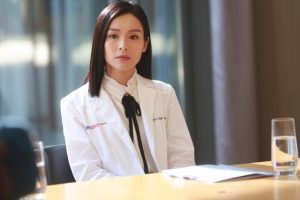 The 2018 TV Queen recalled a time when she lacked sleep for two straight months. “My schedules were nonstop. In those two months, I only had about two to three hours of sleep per day.” She tried to take naps as much as she could throughout the day to save energy.

As for how to stay awake for long nights, Ali shared, “It’s really all about the mindset. During work, I would find ways and do things to make me stay away. The most effective strategy is eating, or to find someone to talk to.” 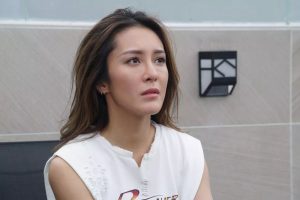 Rising star Kelly Cheung has had her fair share of all-nighters and long days. She recalled a memorable moment between her and her The Witness <木棘証人> cast mates: “In that particular scene, me, Willie Wai (韋家雄), Pinky Cheung (張文慈), and Him Law (羅子溢) were sitting together eating. At the time, we hadn’t slept for 30 hours. We all looked dead. I was so tired I didn’t have the appetite to eat, and just drank warm tea. Out of nowhere, Willie would start cracking jokes to make us laugh, and that was how we managed to get through all 30 hours.” 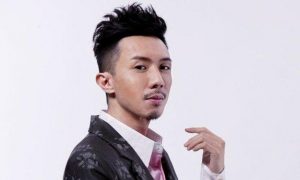 While filming for TVB’s Two Steps from Heaven <幕後玩家> back in 2015, Louis was also shooting the film Lucid Dreams <八步半喜怒哀樂>. At the time, studio scenes for Two Steps from Heaven were already completed, with only location shooting left to do. Louis had a schedule from six in the morning to six at night. He was only able to sleep between filming locations. After leaving the TVB drama, Louis had to rush to another site to film Lucid Dreams.

Admitting that the lack of sleep had negatively impacted his health, Louis said, “My ears started ringing and I had flare-ups. I had to seek help from a Chinese medicine doctor. I would not be able to do what I did before anymore. If I don’t have to work, I live like a farmer. I’d sleep really early.”