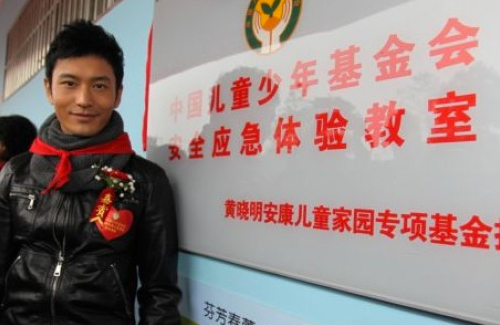 Over two explosions rocked the Chinese Port of Tianjin on August 12, killing hundreds and sending the entire nation to grief. Citizens living miles away felt the explosion, and those who lived within a 2 mile radius of the chemical warehouse blast site had to evacuate immediately in fear of toxic gases.

Many Chinese celebrities offered their condolences and came together to donate to the Tianjin victims, including the family of the firefighters who died on duty. Actor Huang Xiaoming (黃曉明) and his wife Angelababy donated 2 million RMB and passed out over ten thousand face masks to the evacuees, including those who live around the blast site perimeter.

The couple are also spreading awareness of fire safety, and they plan to promote a training program on emergency fire safety to kids and students.

In addition to Xiaoming and Angelababy, Fan Bingbing (范冰冰) and her studios donated 1 million RMB to the victims.