The xianxia drama revolves around the love story between star-crossed lovers the God of War Jiu Chen (Chang Chen) and a young fairy Ling Xi (Ni Ni) who is destined to bring chaos to the world. While the God of War is responsible to protect all tribes from evil forces, the young fairy possesses powers to release the demon lord. Due to the twist in their fates, the pair struggles to maintain their relationship as the God of War is forced to choose between duty or love and the young fairy has to decide whether to stay or sacrifice her love for world peace.

Love and Destiny is Chang Chen’s first television screen debut and NiNi’s second television drama after The Rise of the Phoenixes <天盛长歌>.  Ling Xi is an innocent character that NiNi has portrayed fairly adequately through her bold lines and curious expressions. However, she does lack a sense of brightness that could strongly highlight her innocence and youth. This is likely derived from her relatively neutral expressions. Her costumes are beautiful and soft looking, but perhaps emphasizes her maturity more than they should.

Her father (portrayed Li Yu) was more entertaining to watch with his impudent behavior. His liveliness  was something preferably to be seen radiating from NiNi.

As for Chang Chen, he hasn’t displayed any emotions or interesting scenes so far. Although his straight face and lack of lines does stress a calm and serious demeanor, and that may see changes when he later falls in love with NiNi.

The production quality appears to be on par with Eternal Love, based on the grand background settings for the Heavenly Palace and Peach Blossom forest. The cinematography is stunningly beautiful and would definitely be an aspect worthwhile to look out for. Being an Eternal Love series spin-off, Love and Destiny also carries a heavy budget and is seeking for the same success in ratings and popularity.

This review is written by Minna for JayneStars.com. 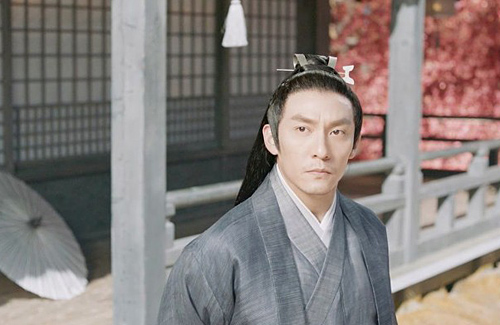