The latest mainland Chinese friendship drama, titled My Best Friend’s Story <流金歲月>, is a drama adaptation of a novel of the same. Hot actresses Liu Shishi (also known as Cecilia Liu 刘诗诗) and Ni Ni (倪妮) and actor Dong Zijian (董子健) have been roped in to play the protagonists. While the casting of Shishi and Ni Ni is creating an exciting buzz, it is unknown if they will successfully live up to the legacy of the 1998 Hong Kong movie adaptation of the novel, Last Romance <流金岁月>, and manage to create a spin on the classic story. 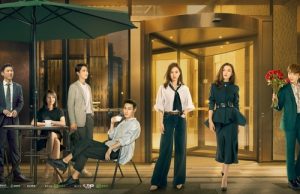 My Best Friend’s Story is set in Shanghai during the 20th century and follows the journey of two young women: Jiang Nansun (played by Shishi) and Zhu Suo Suo (played by Ni Ni). Despite coming from different backgrounds and having opposite personalities, they form a connection during high school. Nansun is the daughter of a wealthy family and has a soft and kind personality, while the passionate and talented Suo Suo comes from a poor background. Suo Suo’s great ambitions easily allow her to change her destiny and social status. On the other hand, Nansun is an intellectual who excels in academia, but she has to work her way up from the bottom when her family goes bankrupt. With the help of Suo Suo, Nansun quickly grasps how the business world works. As they continue to stick by each other’s side during all their ups and downs, they naturally become each other’s most valued friend. 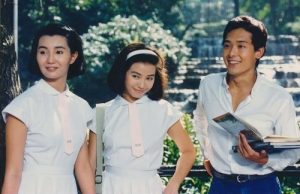 As it is a new version of Last Romance, Shishi and Ni Ni are not only tasked with the challenge of recreating the story uniquely, but they also have to remove themselves from the shadows of Cherie Chung (鍾楚紅) and Maggie Cheung (張曼玉). Cherie and Maggie are not only known as the most popular beauties during the 80s, but they also played the main characters in Last Romance. In particular, viewers wildly loved the character of Zhu Suo Suo for her mischievous, ambitious, and truthful personality. Hence, it will be a challenge for Ni Ni to make a deep impression on viewers with the bar set so high. 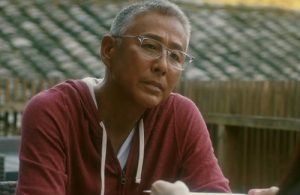 Furthermore, as the story is told through multiple episodes instead of a two-hour-long movie this time, there will be more scenes detailing Zhu Suo Suo’s love story with Ye Jinyan, played by Chen Daoming (陳道明). It will illustrate her love for an older and successful businessman, which is different from the original story, in which Suo Suo only showed her gratitude to Boss Lee. With such changes, it is unknown if fans of the novel and movie will accept it.