Working on making a huge comeback in 2023, Cecilia Liu Shishi (刘诗诗) is currently filming A Journey to Love <一念关山> with actors Liu Yuning (刘宇宁), Fang Yilun (方逸伦), and He Landou (何蓝逗). Getting along well with cast and crew, Liu Shishi shows her appreciation by gifting them skincare products, decorative plants, and embroidered puffer jackets. As staff thanked the actress in their posts, Shishi’s generosity drew great attention online.

In the uploaded photos by the staff, the black puffer jackets had A Journey to Love embroidered in red characters.

Some netizens  researched the jacket price and discovered it cost 899 Chinese yuan. With more than 100 people in the whole crew,  Shishi must have spent thousands of yuan! Her kindness even made fans jealous as they commented, “Tell me this isn’t true, or else I’ll literally burst with envy!”

Creating strong team spirit while promoting the drama at the same time, Shishi  had effectively killed two birds with one stone.  Showing her generous character, Shishi gave gifts even before filming began. She had previously sent out a load of skincare products during the Mid-Autumn Festival  in September. Two days later, her studio page also revealed that the actress delivered decorative plants to each crew member. During filming, Shishi also constantly displayed her appreciation for the crew by buying everyone drinks.

Shishi’s heart-warming gestures drew significant praise. As an A-list actress, she is well compensated for her filming projects and her husband Nicky Wu (吴奇隆) also gifted her shares in Strawbear Entertainment. 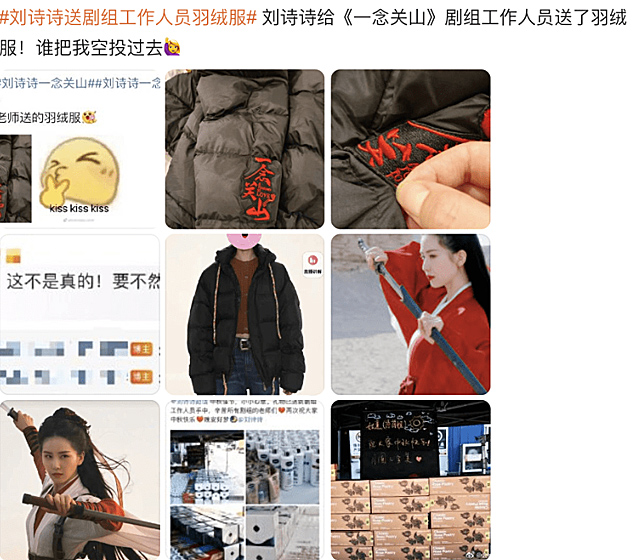 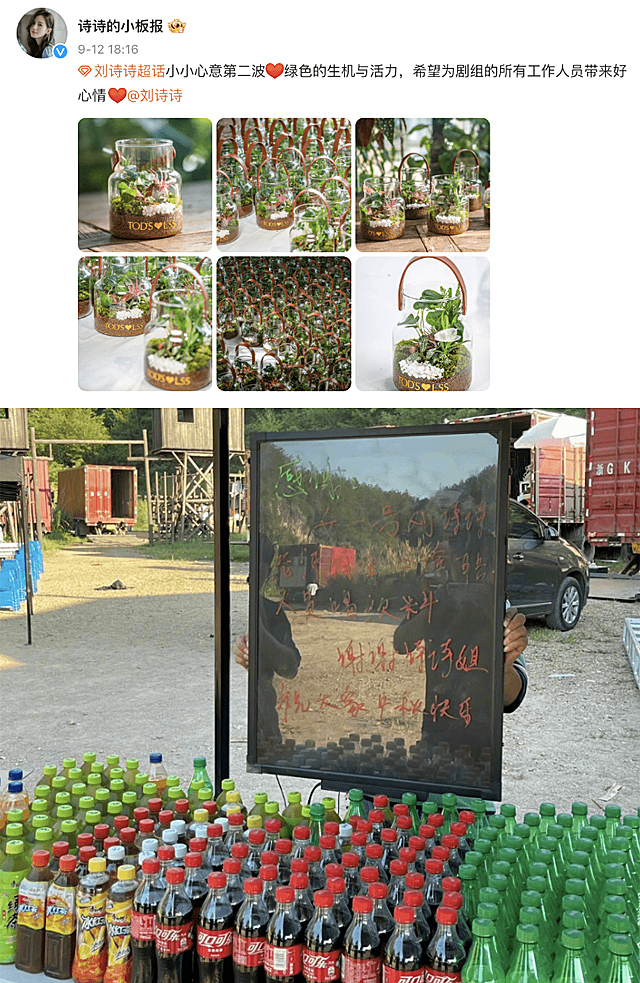