Married for seven years to Nicky Wu (吳奇隆), Cecilia Liu Shishi (劉詩詩) has been focusing on taking care of their family. With their son now 3 and a half years old, Shishi decided to commit to another filming project,  A Journey to Love <一念關山>.  Although Shishi has returned to work, Nicky visited her on the filming set to spend time together.

Paparazzi snapped photos of Shishi during filming, revealing her costumes worn in the drama. One was a tough looking terracotta colored outfit for her fighting scenes. Another was a plain white outfit which she wore while walking under an umbrella with co-star Liu Yuning (劉宇寧). There was a light pink outfit with an extra layer on top likely to make action scenes easier. Finally, there was a light grey outfit complete with a matching face veil. Although most of Shishi’s outfits were quite plain with no outstanding design motifs, netizens praised her beauty and ability in wearing the to bring out the outfit’s elegance. 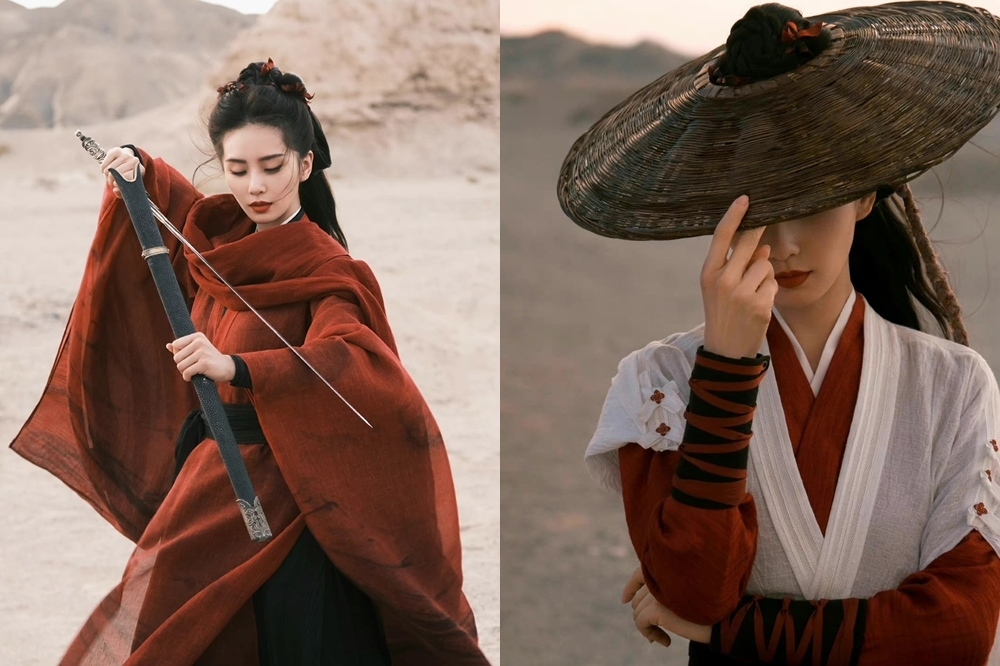 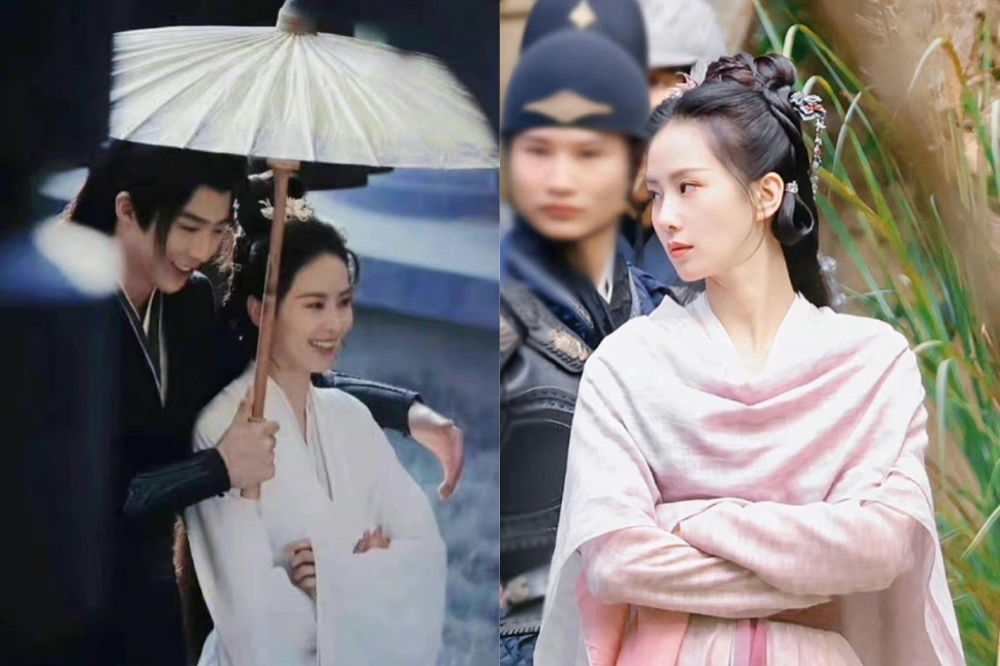 After filming one night, Shishi went out to eat with the cast and crew at 10 p.m. Nicky was also there, draping a hand on Shishi’s shoulder and holding her hand as they left the restaurant. Saying goodbye to everyone outside the restaurant, the couple then left. Nicky continued to hold onto her waist gingerly and kept looking around.

The couple met after filming historical drama Bu Bu Jing Xin <步步驚心>, and eventually fell in love. When their son was born, they nicknamed him Bubu in honor of the drama that brought them together. Although many thought their relationship would be difficult because Nicky is 17 years older than Shishi, they made it work. It is sweet to see the couple acting so closely in their latest candid photos!