Does William Feng Shaofeng (馮紹峰) have difficulty in making relationships last? His marriage with Zanilia Zhao Liying (趙麗穎) lasted for three years before ending in divorce. The 42-year-old actor’s previous relationship with Ni Ni (倪妮) only lasted three years as well. Although the duo had lived together, they called it quits in 2015, making many wonder what was the reason for their breakup.

Ni Ni and Shaofeng’s breakup caused a media frenzy and resulted in sensational headlines, with speculation of a third party having caused a rift and eventual breakup. Because Shaofeng comes from a wealthy background, it was also rumored that his mother was not fond of Ni Ni and felt that her strong personality may dominate her son. In order to squelch further rumors from tarnishing either parties’ image, the duo posted a statement to emphasize that the breakup was amicable.

Although it has been six years since the breakup, Ni Ni recently accepted an interview and  discussed about her previous relationship with Shaofeng. Sharing that she lacked a sense of security with him, Ni Ni expressed, “The main reason we broke up was because of personality differences. He is more shy and restrained, and often needed me to help him process his emotions. It made me feel insecure.”

Two weeks after the announcement of Zhao Liying and Feng Shaofeng’s divorce, the actor’s parents are already requesting friends to look out for suitable partners for him. 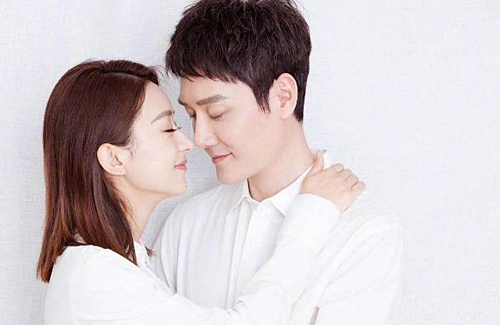 After finalizing their divorce, the ex-couple move out of their home in Shanghai.