Whether you love him or hate him, Huang Xiaoming (黄晓明) knows how to master social media and staying relevant. His strong, relentless opinions have accumulated some upset viewers in his popularity cooking show, but that didn’t stop Chinese Restaurant <中餐厅> or Xiaoming himself from becoming top most-searched topics in social media every time the show airs.

With popularity also comes more scrutiny, and, of course, more vigilant viewers. Every move and action by the 41-year-old is heavily considered by netizens, and in one of the more recent episodes of Chinese Restaurants, a netizen noticed something unusually unnatural about Xiaoming’s hair.

In the social media post, the netizen pointed out that Xiaoming has never had a prominent widow’s peak, but the recent episode showed that he has one. His hair on top of his head is also a darker color than the hairs on his nape and temples. The hair growing on his nape is also more sparse, different from his mop of hair on the top of his head.

All of his leading to the speculation that Xiaoming is either wearing a wig or has underwent a hair transplant procedure.

What do you think? 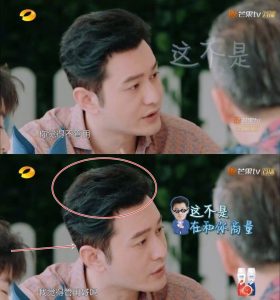 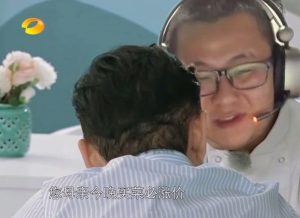