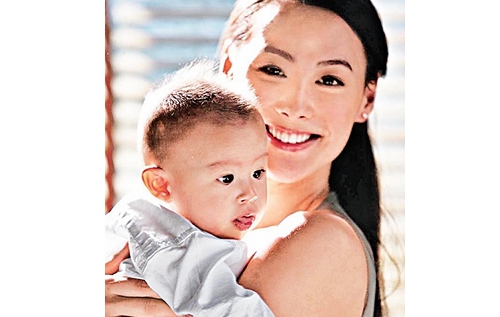 Isabella and her eldest son, Cheung Chi, lived in Richard’s house in Hong Kong from December 2009 to February 2010. However, when Isabella was rumored to be carrying twins in February, the pair have kept a very low profile. To avoid the paparazzi, Isabella even moved to San Francisco to await the impending birth.

According to a reliable source, Isabella successfully gave birth to a pair of twin boys at the end June. Becoming a father for the second time, Richard Li recently returned to Hong Kong to share the good news with his close friends.

Patrick Tam Sends His Blessings
Isabella’s good friend, Patrick Tam Yiu Man, did not receive the twins’ birth news from Isabella yet. “Since the last time Isabella returned to Hong Kong , we have not stayed in touch. We have both been busy. Isabella has been busy with the child caring.” If Patrick receives the news directly from Isabella, he will send his congratulations.” Patrick does not mind sending double the amount of gifts for the baby twins.

Jayne: Earlier, Isabella Leong was rumored to be carrying boy-girl twins. I guess they are boys after all! Wonder if Isabella and Richard will marry each other soon? He is obviously smitten by her. Hong Kong fortune tellers also predict that Isabella will bring good fortune to Richard Li with the birth of the three sons.