South Korean drama Itaewon Class starring Park Seo Joon and Kim Da Mi was a hit when it was released in 2020. Its popularity extended to Japan, where a remake titled Roppongi Class is upcoming.

The Japanese version will star Ryoma Takeuchi as the male lead. Praising the original as a great drama, Ryoma Takeuchi is honored to be chosen for the remake and will give it his all. In the character poster, the actor sports a similar style to Park Seo Joon’s hairstyle which was nicknamed the “Chestnut Hairstyle.”

The remake is slated to air in July. It follows Shin Miyabe’s (Ryoma Takeuchi) journey for revenge against a restaurant conglomerate and his road to becoming the owner of an izakaya in Roppongi while guided by his father’s wishes for him to always stand by his beliefs. Other members of the cast have yet to be announced. 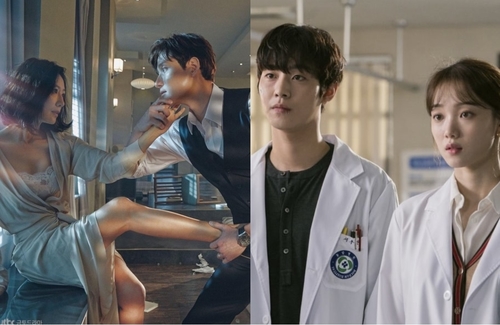 Smash-hits in the Korean drama realm amassed a larger audience and new records.