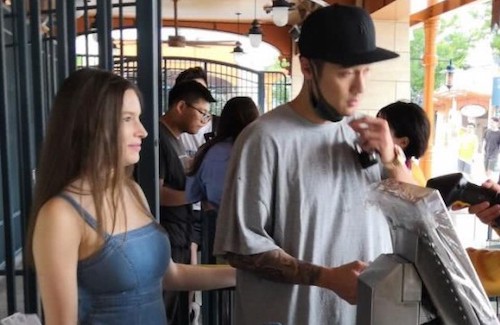 Despite a promising start in the entertainment industry and being hailed as the next Hu Ge (胡歌), Chinese actor Jiang Jinfu’s (蔣勁夫) career came to a halt when he became embroiled in a domestic violence case last year. Late last year, his ex-girlfriend Japanese model Haruka Nakaura came forward with photo evidence showcasing her injuries, which were allegedly suffered at the hands of Jiang Jinfu. The actor cooperatively turned himself into the police on charges of domestic violence, but was later released with all charges dropped.

Since the incident, the 27-year-old actor has kept a low profile. Having relocated and permanently residing in Shanghai, he has also limited his social media activity and only posts about his daily routines, such as exercising and food.

Recently, sharp-eyed netizens spotted Jiang Jinfu at Disneyland in Shanghai. Donning a muted gray shirt and black shorts, Jiang Jinfu had a pretty-looking brunette girl by his side, seemingly on a date. The pair were seen holding hands while walking.

Despite being recognized and photographed by passersby, Jiang Jinfu did not deliberately avoid the cameras or pretend that he did not know the girl. From the photos, he also appeared to have gained some weight. Perhaps his indefinite hiatus from the entertainment industry may lead to the decision of permanently giving up his once promising acting career.

Afterward, Jiang Jinfu’s text messages with his friend were revealed, where he acknowledged having a new girlfriend. “We’re together. I want to be in a serious relationship.” 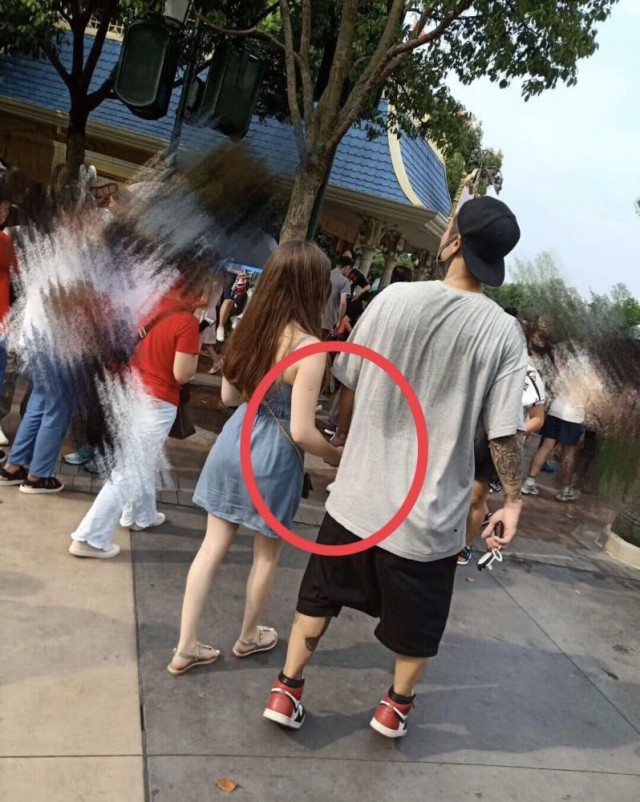