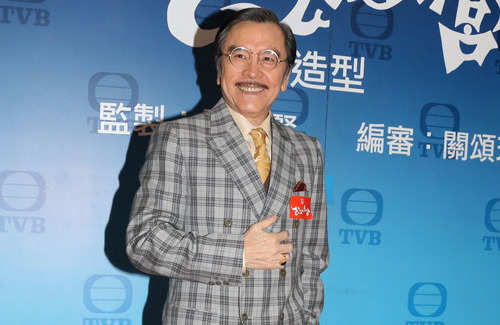 John was hospitalized for a day and has already been released. John expressed, “[They] checked my heart and the tests said everything is fine. I will also visit my family doctor tomorrow. After all, I’ve undergone an angioplasty before. Even if there’s nothing wrong with my health, I want to be more cautious.”

Raymond revealed, “At the time, my father-in-law said his heart felt uncomfortable. I remembered that he had undergone an angioplasty a few years ago, so I immediately took him to the hospital for checkup. The blood tests said his health is fine, so I feel more relaxed.”

Rosina Lin (林夏薇), who portrays John’s daughter in the drama, was very nervous when John showed symptoms of pain. She is relieved to hear from Raymond that John is feeling well, but has not spoken to John as she knows he is resting.

Producer Marco Law (羅永賢) also revealed that he will revise the schedule to allow John to rest more. He said, “We will temporarily halt filming of John’s scenes. We will start filming those scenes after he has seen his family doctor.” When asked whether it was because John’s workload is too much, Marco said, “His character is very important [in the series]. He is in many of the scenes. Recently, we have only been filming indoors in the studio. But it is important for the elderly to focus on their health when feeling discomfort.”