Although TVB changed its 52nd Anniversary Gala <萬千星輝賀台慶> – renamed to Cherish Hong Kong, Distribute Entertainment TVB 52 Years <珍惜香港發放娛樂TVB 52年> – from a live broadcast to a pre-recording this year, the organizers prepared a rich variety of performances to draw in viewers. Perhaps the most exciting segment of the night was the “True or False” game. Players Priscilla Wong (黃翠如), her husband Edwin Siu (蕭正楠), Tony Hung (洪永城), and Raymond Cho (曹永廉) not only laughed at each other but also exposed their secrets. The most jaw-dropping moment was when Priscilla revealed she saw Tony butt naked before. 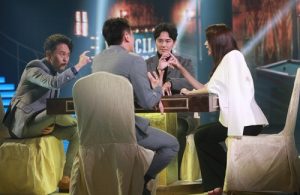 The game is inspired by a segment on Liza Wang‘s (汪明荃) variety show Liza’s Online <娛樂大家>, called the Liza Talk < Liza傾真假話題>, in which guests share their little stories and let everyone guess if it’s true or false. At the anniversary show, Edwin, Tony, Priscilla, and Raymond took turns telling their stories while the other three guessed if it is real or a lie. The four, who have always been good friends, did not hold back. Priscilla started the game off by revealing she saw Tony’s naked body at the public baths in Turkey. “You were completely naked,” she said. 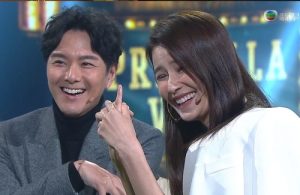 To support her story, she stuck up her pinky finger and asked Tony if this was the correct size of his private part. Tony exclaimed, “What do you mean if it’s correct?! What, do you want me to show you it’s not?!”

However, Raymond was able to confirm Priscilla accurately depicted Tony’s size because Raymond has been to the restroom with Tony before. While Tony strongly did not believe Priscilla’s story, Edwin trusted his wife fully.

Tony expressed, “Do you guys even respect me? You guys are discussing my genitals in public.”

Priscilla added, “I only liked [Edwin] after seeing [Tony’s body]!”

Edwin looked prideful hearing that, but Tony complained about Priscilla’s lewdness. In the end, Priscilla said her story is true – she did see Tony’s naked body! 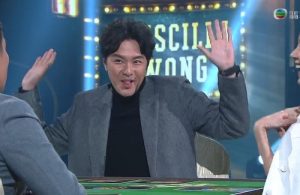 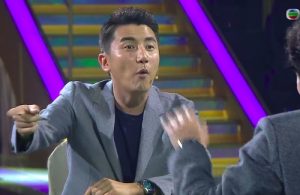 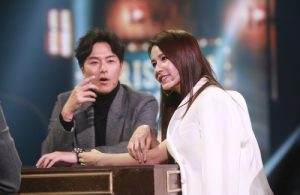