With four of her dramas aired in 2020, it was definitely a breakout year for Katy Kung (龔嘉欣). Entering the industry as a model, Katy was a variety show host at i-Cable before finding more opportunities at TVB. Even costar Bobby Au Yeung (歐陽震華) has praised Katy for her acting skills in her early career. In 2016, she won Best Supporting Actress for Two Steps in Heaven <幕後玩家> and is drumming up Best Actress buzz for Death by Zero <殺手>. Looking through her past roles, the 31-year-old has matured as an actress but realizes that her personality is actually not too suitable for the entertainment industry. 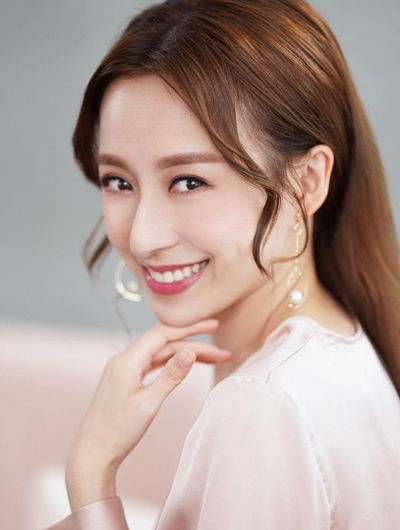 TVB producer Leung Choi Yuen (梁材遠) was the first to cast her, and has been giving her a lot of opportunities since Katy proved her abilities. He custom-tailored an evil role for her in The Dripping Sauce <大醬園>. Her convincing portrayal of the manipulative and greedy character made viewers sit up and notice. Throughout her career, Katy rarely has antagonistic roles and has only played an unlikable character in The Dripping Sauce and Gloves Come Off <拳王>.

The turning point in Katy’s acting career was Two Steps From Heaven, in which she played Bosco Wong’s (黃宗澤) wife and was quite a pitiful character. When Bosco’s character cheated and wanted a divorce, she fell into depression and attempted suicide but was not successful. As he fought for full custodial rights to their child and attempted to separate them, Katy’s breakdown and crying scenes tugged at the audience’s heartstrings and helped her win Best Supporting Actress. All her emotional scenes were very tiring, and Katy cried until her eyelids were damaged.

The strongest character she has played was a psychotic assassin in Death by Zero <殺手>, a performance which also impressed her costar Wayne Lai (黎耀祥). Her gothic image was very different from past roles, as she often wore fishnet stockings, crop tops and combat boots, and was covered in tattoos. Handling many fight scenes herself, Katy is still getting physical therapy for her injuries on set two years ago. “Many people asked why I worked so hard–it’s just a job. They don’t understand that I truly love acting. Watching my scenes again, such as rushing in front of a moving car, I was also very scared but I don’t regret it. If I could do it again, I can fight better in my action scenes…but can I wear more clothes instead of just bra tops and shorts?”

Though Death by Zero was thrilling, it would be Hong Kong Love Stories <香港愛情故事>, a quiet gem that was aired at the end of the year, that would make Katy a household name. She commented, “This is my most relatable character. Since the drama aired, everyone was moved by the realistic and relatable story. Being able to portray a character who can go through sadness and happiness with viewers is every artiste’s dream. I’m very proud and very lucky that I had this chance in 2020!”

Good Friends in the Industry

A down-to-earth person, Katy’s closest friends are dubbed as the Housewives Alliance <少婦聯盟>, a group of actresses from the drama The Forgotten Valley <平安谷·逐個捉>. Katy meets up with Zoie Tam (譚凱琪), Grace Chan (陳凱琳), and Jess Shum (沈卓盈) frequently, and the four of them make sure to celebrate special occasions and important milestones together. When asked if she views them as friends or competitors as they are close in age, Katy said they do not feel competitive with each other.

Though the media may “spin” their reports and claim that she does not get along with certain artistes, Katy said,  “As long as the media doesn’t blow things out of proportion, it is fine. However, if things get out of hand I will definitely speak up.” She feels that her personality is very open and direct. Every emotion is written on her face, which makes Katy feel that it is not very suitable for her line of work. However, she is not someone who would cry easily.

All members of the group have already gotten married, and Katy is the last one remaining. However, Katy does not feel any urge to get married even though many friends around her are doing so or having children. In fact, she places love last in her list of priorities. She feels that there are advantages to getting married last as she can receive all the wisdom and resources from her friends!