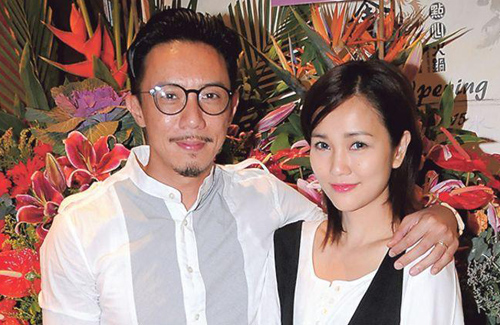 With Kay Tse (謝安琪) not working recently, many speculated that she is pregnant. Although Louis Cheung (張繼聰) have profusely denied this in the past, he recently indirectly hinted at his wife’s second pregnancy.

After photographs of Kay looking rather bloated in overalls, fans began wondering if the 39-year-old singer was already several months pregnant with her second child. In response to all the congratulatory messages he has been receiving, Louis said, “We’ll welcome a baby if there is a one – we have plans and I do love kids. If there are news, we’ll let everyone know.”

When asked if he wanted to keep this under the lid until after the first trimester, Louis laughed, “When I can’t say, I really mean I can’t say! Thank you for all your well wishes. My wife and family are all very happy so if there’s something to reveal, then it will be revealed.”

And in terms of Kay’s ’rounder stomach’, Louis said he has not noticed any changes and praised his wife for being fit despite having only been eating and resting at home recently. Louis exclaimed, “She’s very healthy – she’s stunning from top to bottom!”

4 comments to Kay Tse is Pregnant with Second Baby