The second season of Viu TV’s idol survival reality show King Maker <全民造星> has found its idols, and while the general public are generally satisfied with their winners (and find the results predictable), rumors of voting fraud are lying heavy.

King Maker 2 successfully aired its final episode on Sunday, December 15th. The ten finalists—chosen from nearly 100 contestants at the beginning of the season—each performed two songs to capture the hearts of judges and audiences. The three winners were determined by voter count, which was based on a 50/50 split between judges and the public.

According to reports, Phoebus, Justin Chan (陳樂), and Oscar had accrued the most votes from the judging panel, while MC, Phoebus and Oscar were the top three contestants chosen by the viewers. 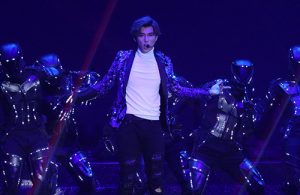 Phoebus, touted as the successor of last year’s winner Show Keung (姜濤), performed “On Fire” and “S.N.G.” at the finals, receiving praises for his vocal quality and dance prowess. The 23-year-old acknowledged his struggles with confidence, which contributed to his lack of stage presence throughout the competition. He impressed viewers and judges with his strong performances of “On Fire” and “S.N.G”, which helped push him to the top of the list. EEG executive Mani Fok (霍汶希), who has also managed the careers of Twins and Joey Yung (容祖兒), praised Phoebus for his ability to recover after a mic incident, saying, “He dances well and he knows how to react appropriately during emergencies. That deserves more points.” 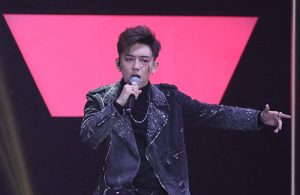 As the most popular contestant, viewers had long predicted the 23-year-old MC would win the competition. Unfortunately, his performances of Jason Mraz’s “Geek in the Pink” and Hua Chenyu’s (華晨宇) “Wo Guan Ni” <我管你> did not leave deep impressions among the judges. MC acknowledged that the anxieties of performing and the pressure of meeting expectations had affected his overall performance.  While he did drop to fifth place, his popularity with viewers helped him secure a place in the top three. 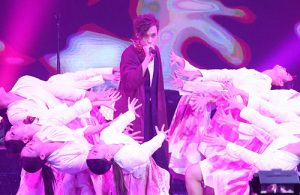 23-year-old Oscar, who majored in modern dance at The Hong Kong Academy for Performing Arts, captured viewers with his unique stage. Though not the most powerful singer on stage, his fearless stages and willingness to explore different judges has won the hearts of judges and viewers. Kay Tse (謝安琪), one of the professional judges, told Oscar: “It’s a good quality performance. You were very focused. You were with the music.”

As the youngest competitor at 18 years old Justin was one of the judges favorites. He performed his original single “One Man Band” and showed off his talent in playing multiple instruments. Judges praised Justin’s musical talent, and while he did not get placed in the top three, it’s been reported that a few record companies are already interested in signing Justin.

But despite the satisfying results of the three winners, there were viewers who had reservations about the final results. MC, who has maintained a strong affinity with the public since the beginning of the competition, was on the radar to win first place, but Phoebus’ surprise jump to the top came unexpectedly for viewers. Nonetheless, many fans remain supportive of Phoebus and are excited to see the winners take their careers to new heights.

King Maker premiered in July 2018 with the intention of creating a Hong Kong-based idol group. The 12 finalists became members of the boy group MIRROR, which follows the format of the J-pop idol group AKB48 in which more successful members are able to “graduate” from the group and replaced by those from a newer generation.